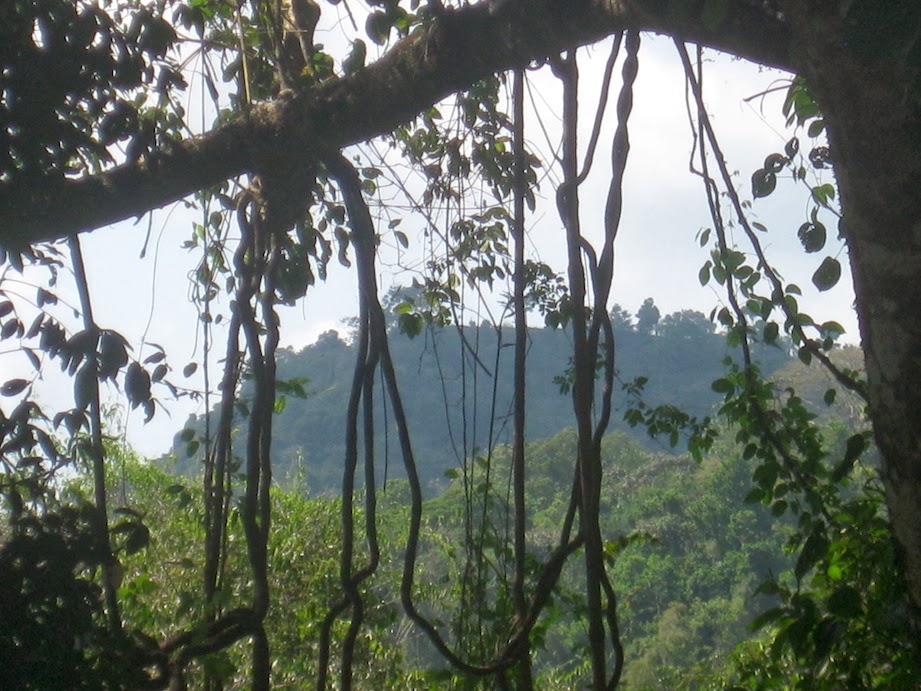 Some ecologists fear that climate change is upsetting the balance between tropical lianas (woody climbers) and trees, to the detriment of the trees. This is perhaps made worse by the otherwise perhaps acceptable thinning of timber trees which lets more light to the openings in the forest canopy. We noticed on our holiday how climbing plants thrive in the clearings created by pathways and roads. I have no idea if there are more climbers now than in the past. What was clear in wildlife parks such as Hacienda Baru, that when some climbers were cut as part of the land management programme, how much better the trees grew. Of course in natural undisturbed jungle they are an essential part of the ecology.

Seen in the canopy 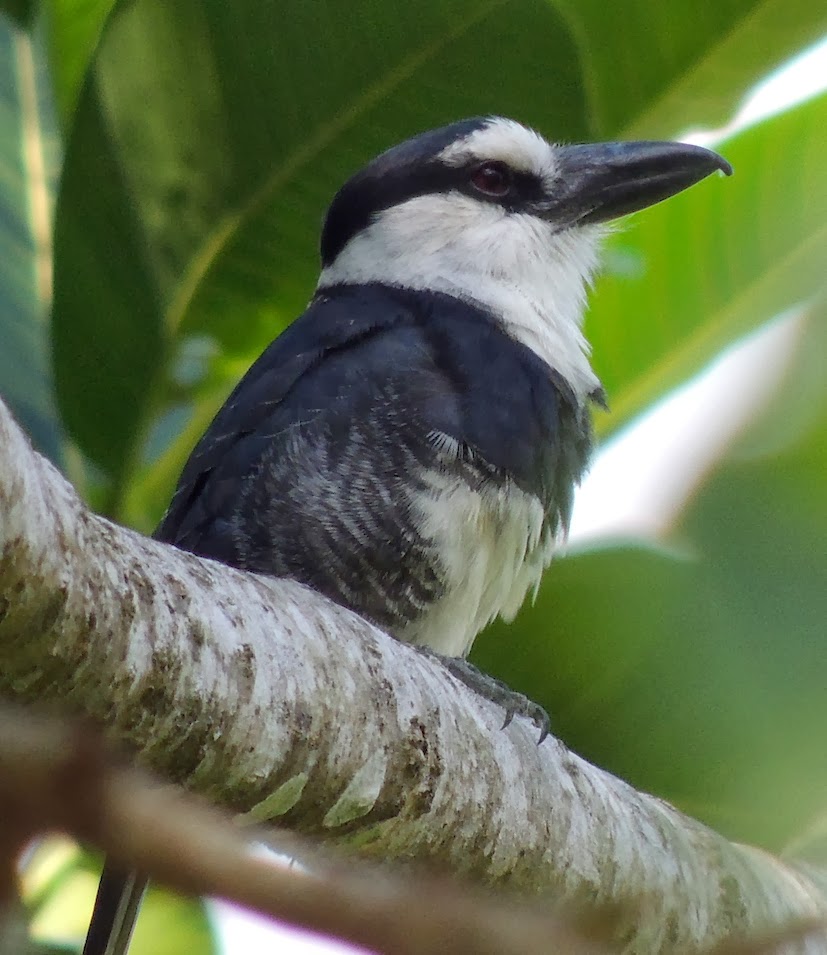 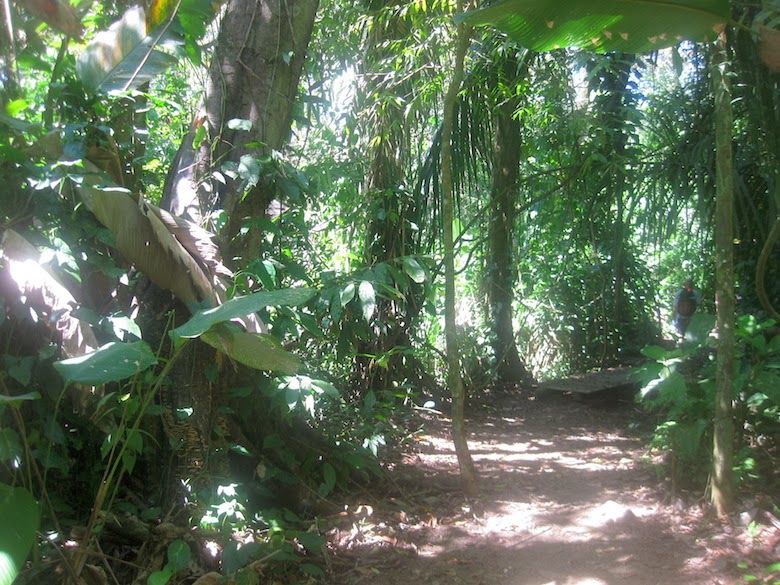 We walked Strangler Walk at Hacienda Baru. It is a feature that highlights the vicious strangler fig. Don’t get me wrong the fig provides marvellous habitat to a wide range of tropical life world wide but not to it’s original host! There are many species of strangling ficus. You may harbour your own; Ficus repens is a common houseplant.

The fig’s life history starts with a seed germinating high in the forest canopy in natural mossy crevices. Initially a harmless epiphyte it makes rooting stems growing both higher to carry strong leaves and downwards a very long way to root in the ground. Once generous supplies of soil water and nutrients are available from the ground it starts to take over. It strangles the host’s roots, and grafts itself all over the surface trunk as many rooting aerial shoots twine and join together. It smothers the canopy of the tree which eventually dies. When it has  established its place in the jungle (or even in a Southern Californian yard) it strengthens itself further to make a very fine tree. It is often hollow where it has encased the corpse of the original tree! 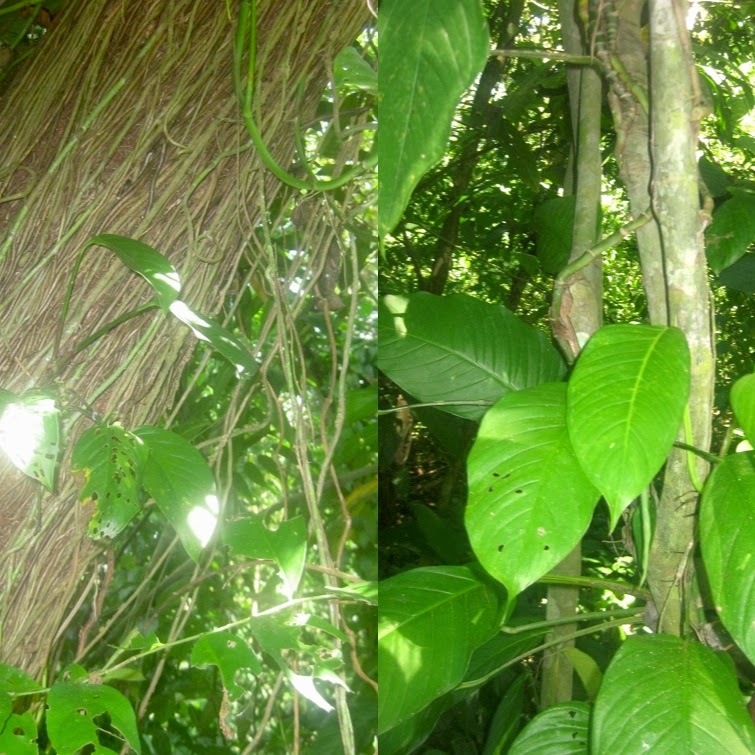 Later in our holiday we walked the margins of a grove of tropical almonds very near to the sea. We saw no evidence of aerial shoots of scandent figs coming down but did see many of them going up from the ground. In a few places we saw free standing fig trees. Perhaps we were looking at the victors of this natural strife.

Residents in the canopy

I wondered about vigorous temperate vines that have a way of taking over at home.The following certainly need to be kept under control!