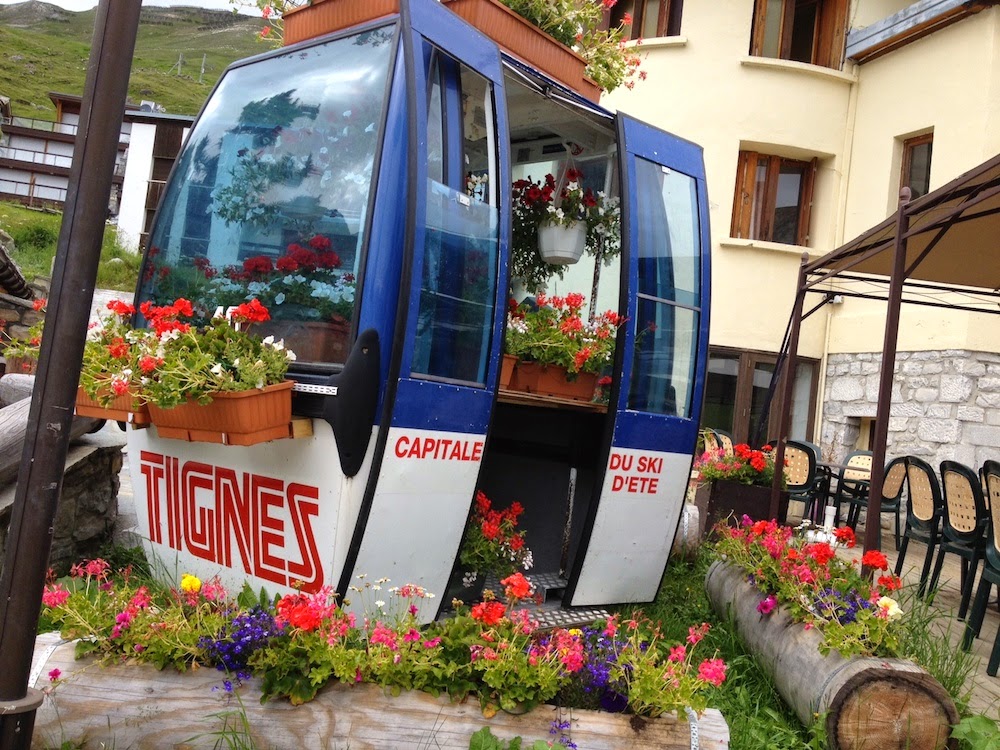 If you have alighted on this page hoping to find precise botanical identifications of alpine plants you might be disappointed. If you would like to hear a gardener’s reminiscences, pictures and interpretations of wonderful French alpen flowers you might wish to stay. Personally, lacking precise knowledge of alpine plants, it is a revelation, how many wild flowers one actually recognises as delicate versions of one’s own garden plants, and later, with the help of the computer, the thrill of finding their actual botanical names. 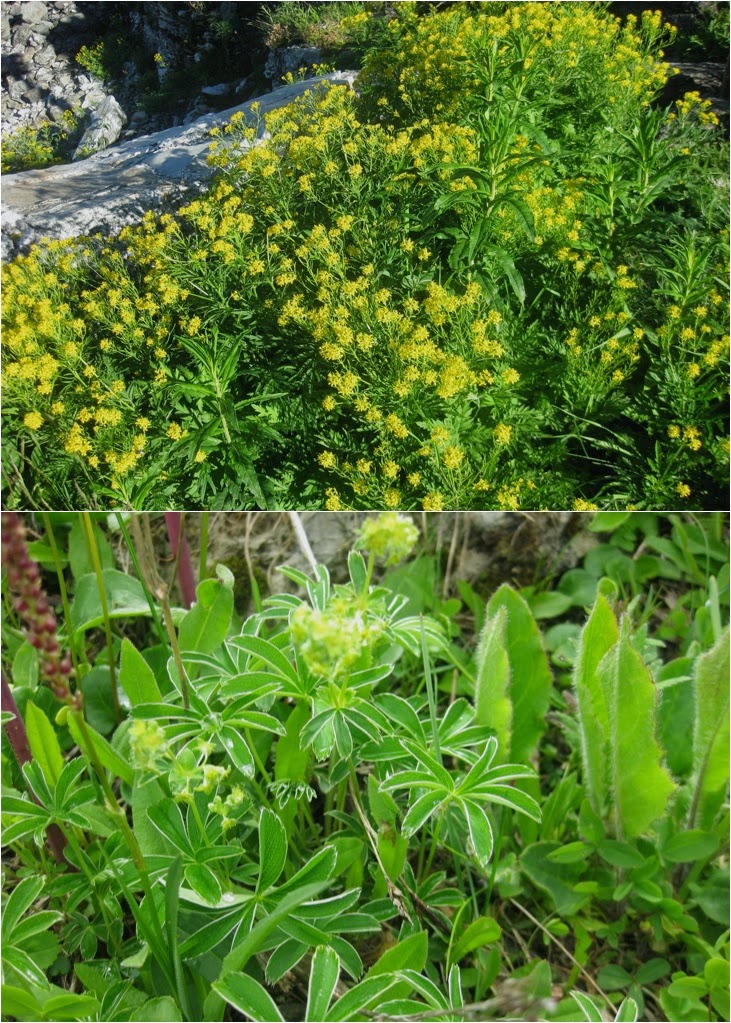 Regular readers will wonder how Brenda has yet again dragged me away from my garden. This time up 2500 meters to a skiing resort in July! The silver spooned old lady on the London bus (free to UK pensioners) who engaged Brenda in conversation, had it right when she declared that the flowers would be absolutely stunning.

Tignes is one of the very best skiing resorts in Europe and has re-invented itself as a place to go to throughout the year. Summer sports of every description are there, be it fully organised tournaments and matches, individual tennis, badminton, table tennis or cycling. As an adult or a child you can turn up at almost any of the magnificent indoor or outdoor sports facilities and get a game of soccer or basketball at the drop of a hat.  It is heaven for the fit sporty people who take their holidays there. 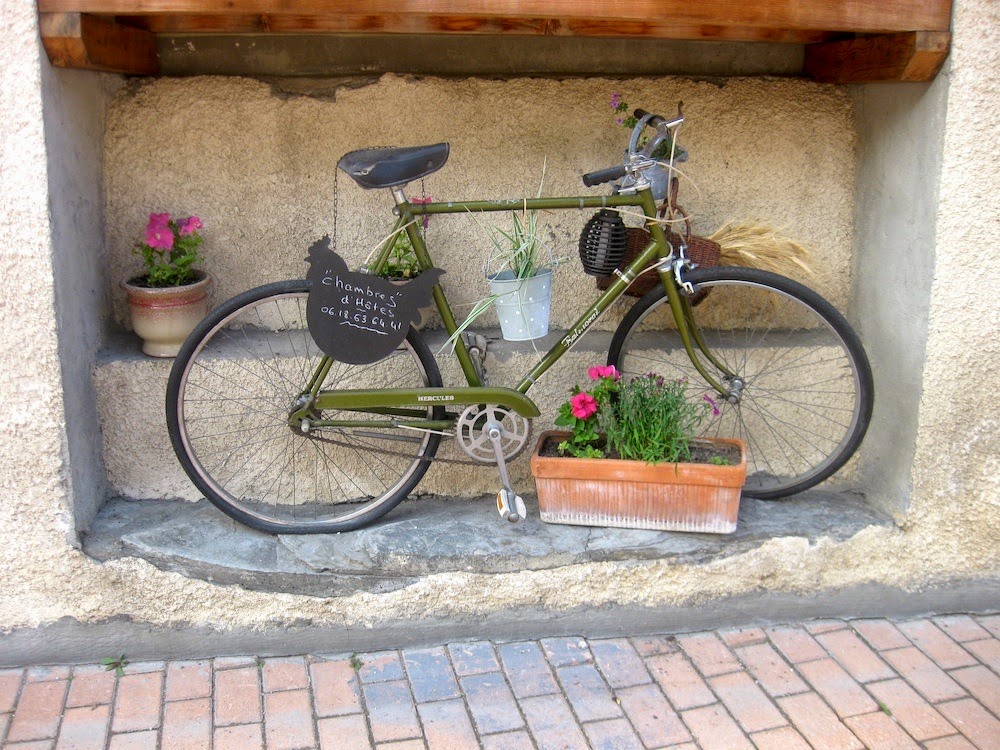 The ski lifts are open to elevate the thousands of mountain-bikers who speed down the numerous safe, but to our eyes, rather treacherous tracks. You can ascend in the large ski cabins, usually without charge, to just admire the views or walk in the mountains. 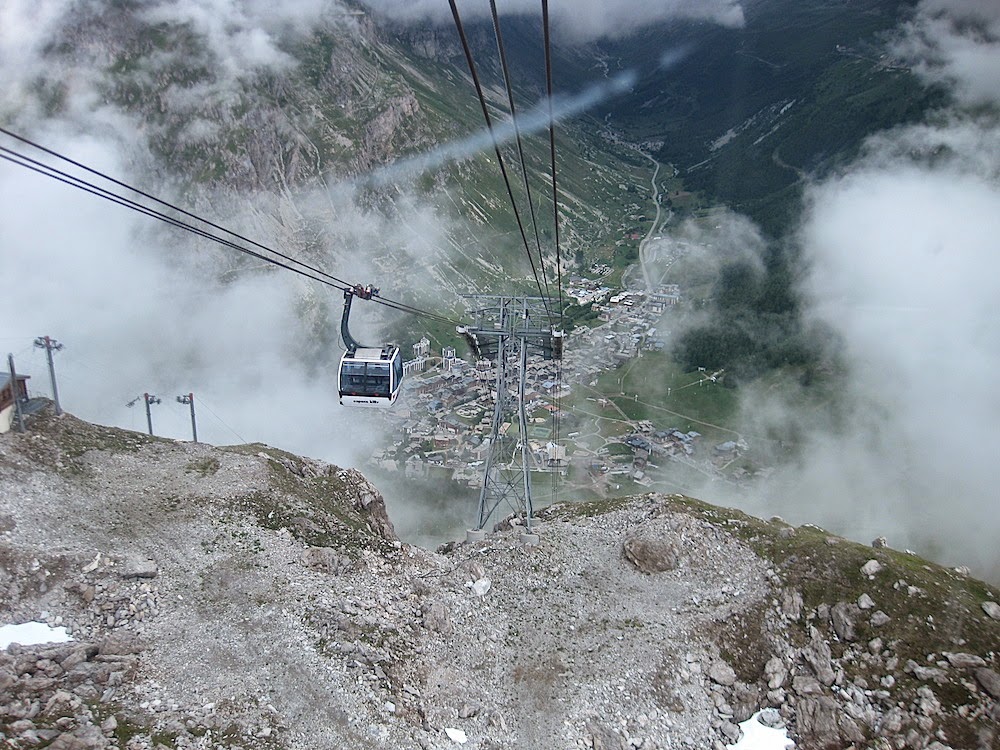 There are hundreds of well signposted, even-surfaced paths to enjoy the second-to-none scenery and absolutely astounding carpets of flowers. You are overtaken by muscled, determined, speedy walkers and while we are repeatedly down on our knees examining the flowers they do not  have the eyes to see them.
In July before the full Summer school holidays but after the skiing, is one of the down-seasons. Everything is still open but it isn’t crowded. It is really the very best time for the Spring flowers. Yes, Spring flowers in July!

We are there to meet up with Brenda’s family. The parents could only stay for the weekend and we were to take charge of Rufus and Felix (or more precisely they organised us) until Thursday before being relieved by sporty Uncle Iain who arrived for glacier skiing and serious mountain walking.
For the few days  when we were allegedly in charge we could take the half hourly complimentary navette 200 meters up the mountain to the main Tignes town. To a very limited degree we joined in with badminton, tennis and table tennis but opted out of the football and optic shooting. It’s very frustrating for Brenda who has played badminton and tennis at a fairly high competitive level and can now barely see the ball, even less move to intercept it! Some of the time we were left on our own to walk round the lake and enjoy the flowers. 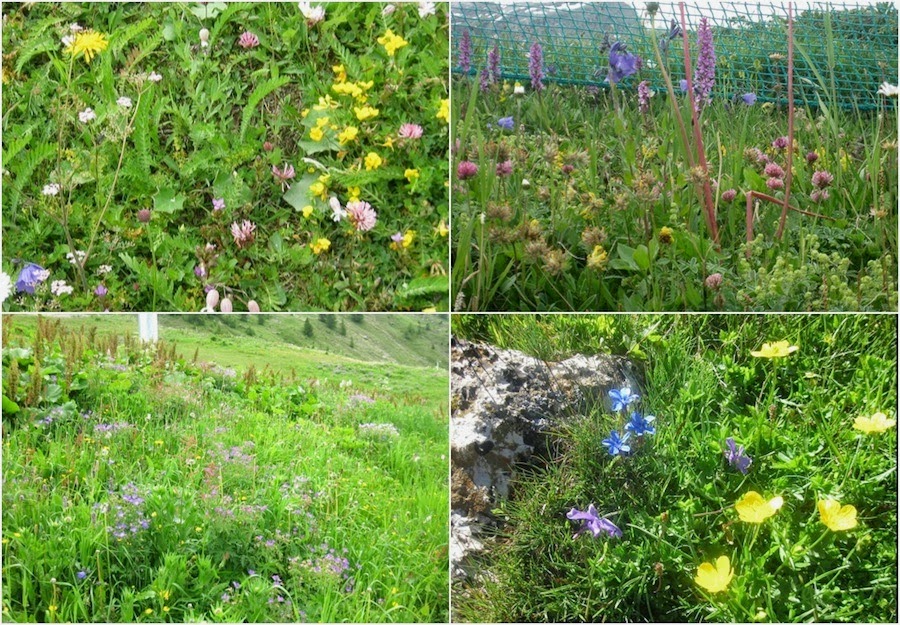 It was easier when Iain arrived with a car. One of our walks in the mountains was early in the morning and the kids were barely out of bed when we returned at noon. Iain continued that particular day spraining an ankle at basketball and falling off a mountain bike almost dislocating his thumb. We started to doubt our transport for the first leg of our journey home! 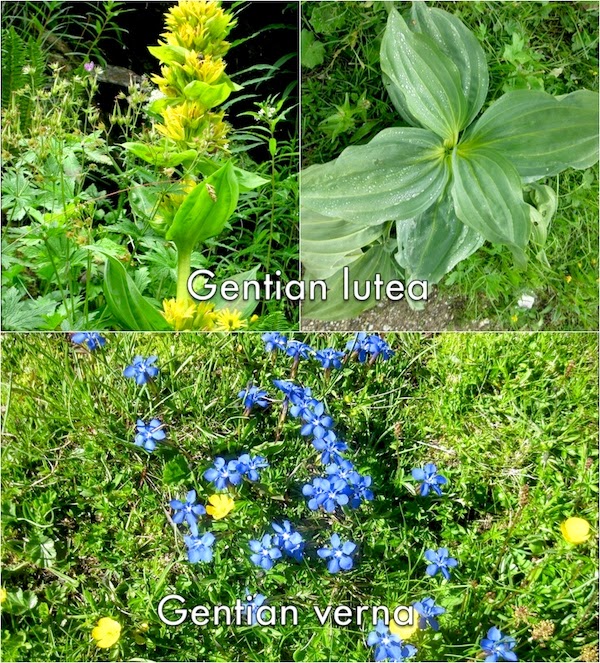 The area near to our apartment was still something of a building site – albeit very smart and somewhat up-market! Huge volumes of rock had been moved and massive equipment continued to be used excavating new foundations. The vegetation in the rubble of the new man-made landscape in similar circumstances would be  untidy weeds at home. Here too, although interspersed with a few alpen flowers it was substantially first-colonized with weeds such as hogweed, dock and willow herb. But what weeds – the blazing white huge handsome stately hogweeds were quite stunning as were other umbellifers, many in numerous shades of pink; huge luxuriant docks, traditionally used there for cooking, looked ready for harvesting and it might be hard to imagine how beautiful willow herb can be! 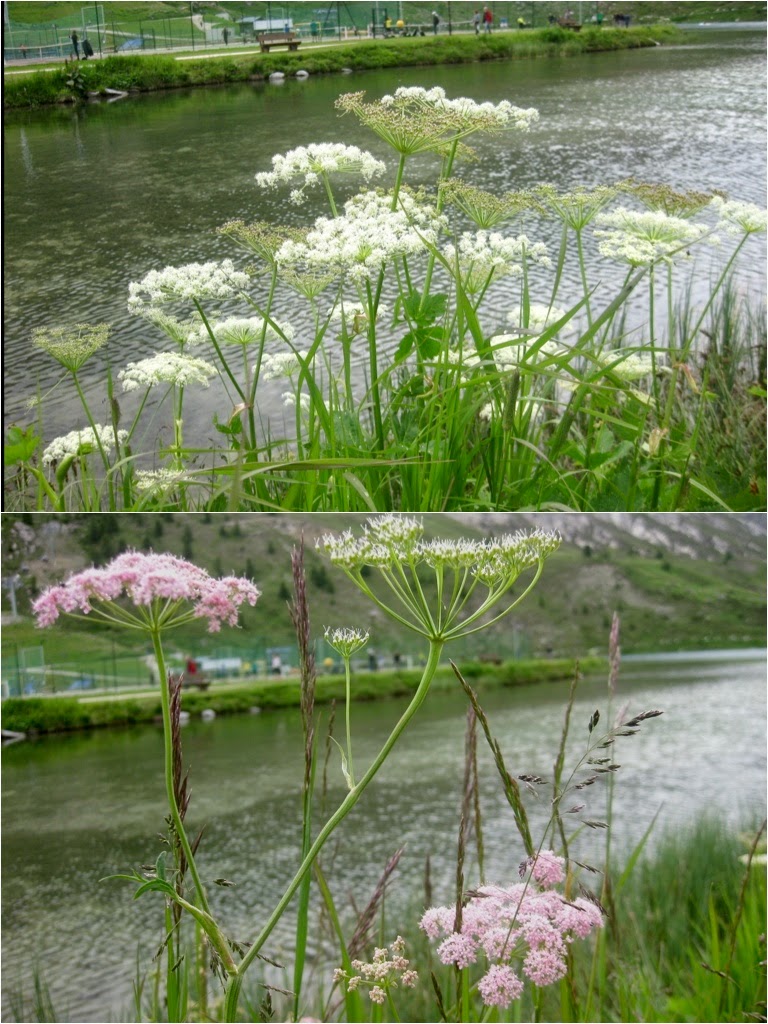 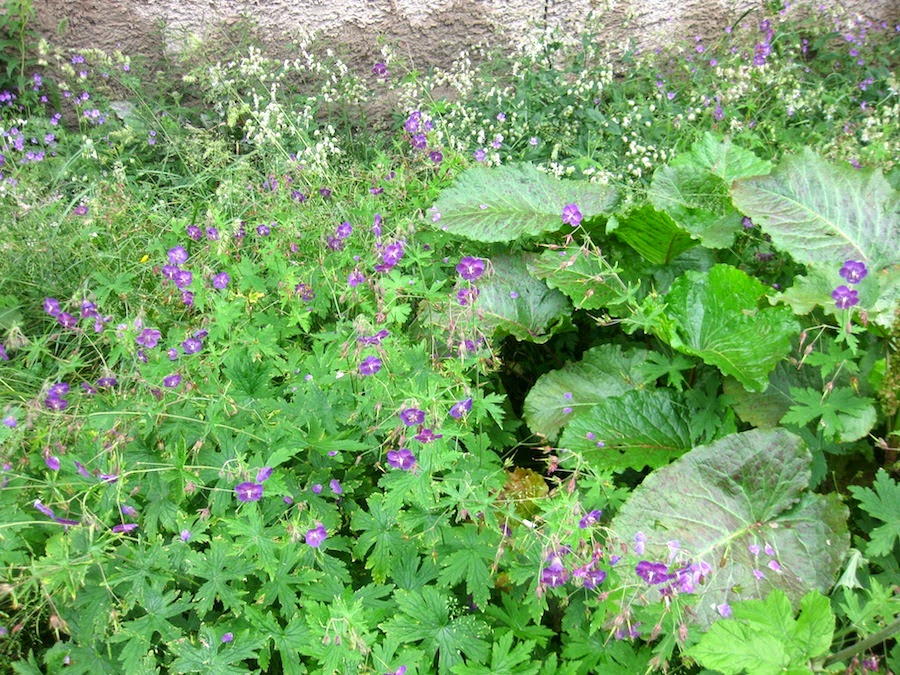 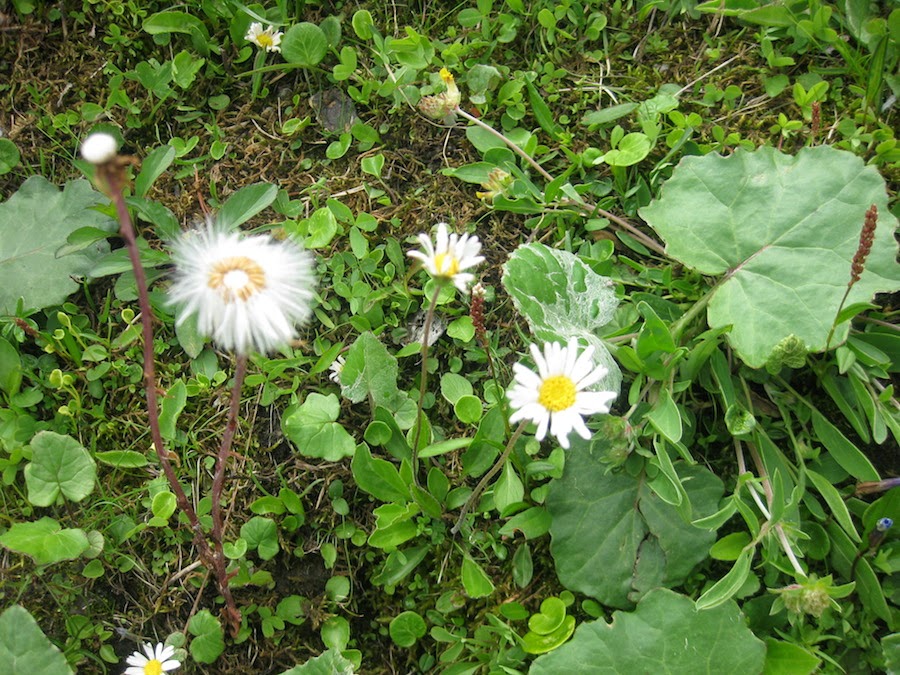 In contrast the more mature man-made landscapes as you walked through the towns, round the lake and up in the hills were habitats for exquisite and rare mountain plants. 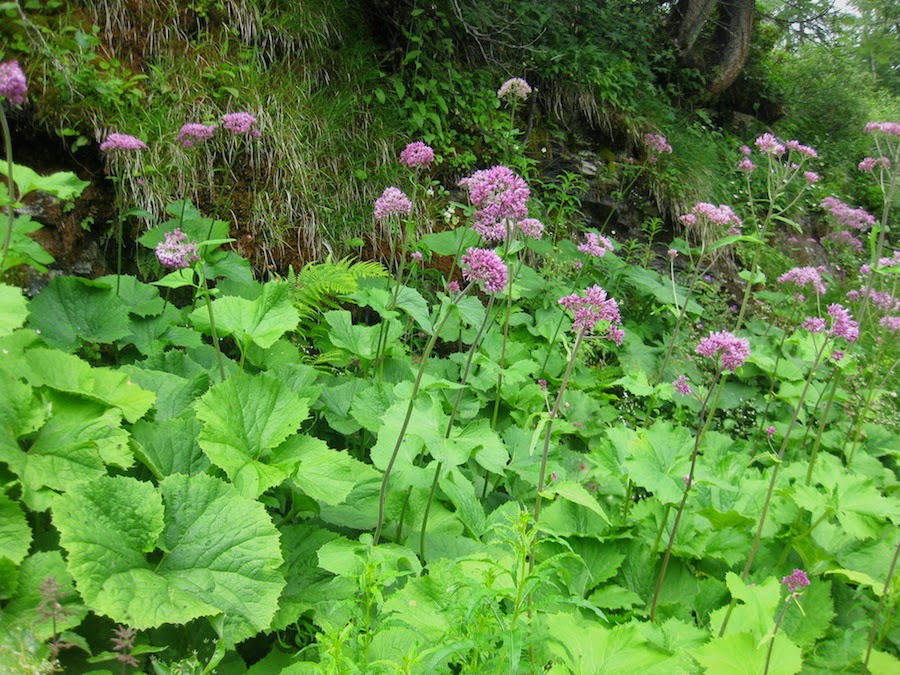 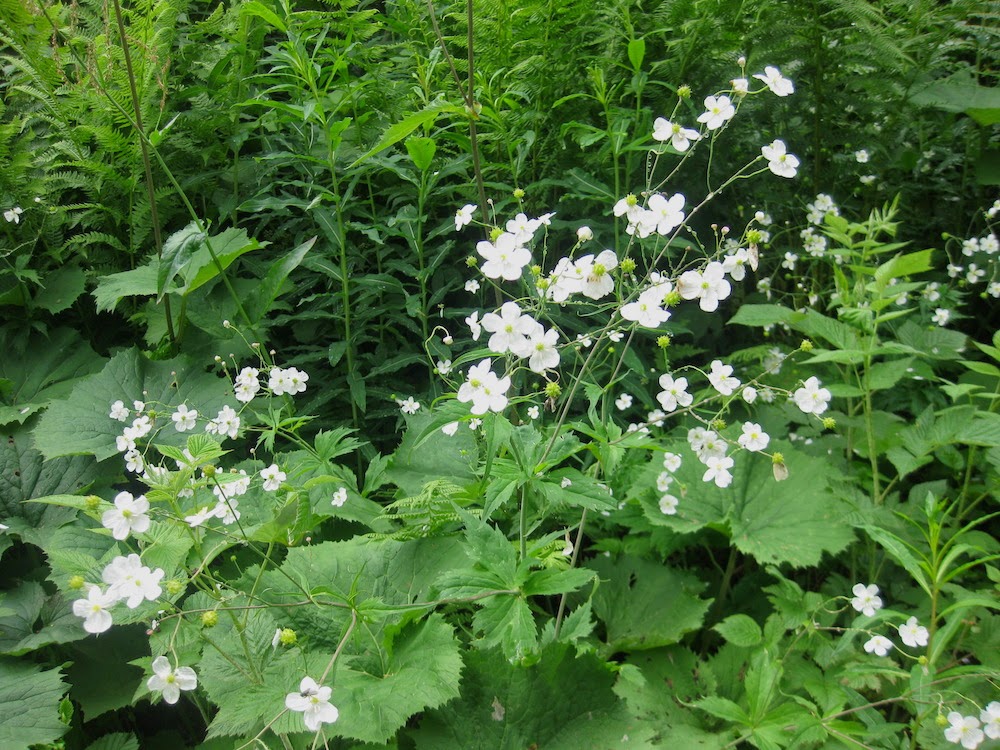 Not all the plants were alpines in the sense of the word used by gardeners when describing dwarf plants. Although shrubs such as wild roses and rhododendrons tended to be somewhat more compact, many of the herbaceous perennials were  tall and luxuriant, especially at the lower altitude at 1500 meters. As you went higher - we got up to 2500 meters -  and left the protection of the valleys, plants became smaller.  Apart from a genetic disposition to be small, the effect of low nutrients and wind pruning, and as you go higher, the increased ultra violet light, keeps plants petite. We had an illustration of the healthy clean air and intense bright sunshine when Iain, straight from London offices, quickly turned pink!
He had neglected his sun screen! Personally as I am outside all the year round I don’t use the stuff and prefer to enjoy sunshine’s health enhancing effects and of course vitamin D. Never-the-less if walking at such altitudes all day I might be persuaded to conform to fashionable mores.

Our walk in the mountains 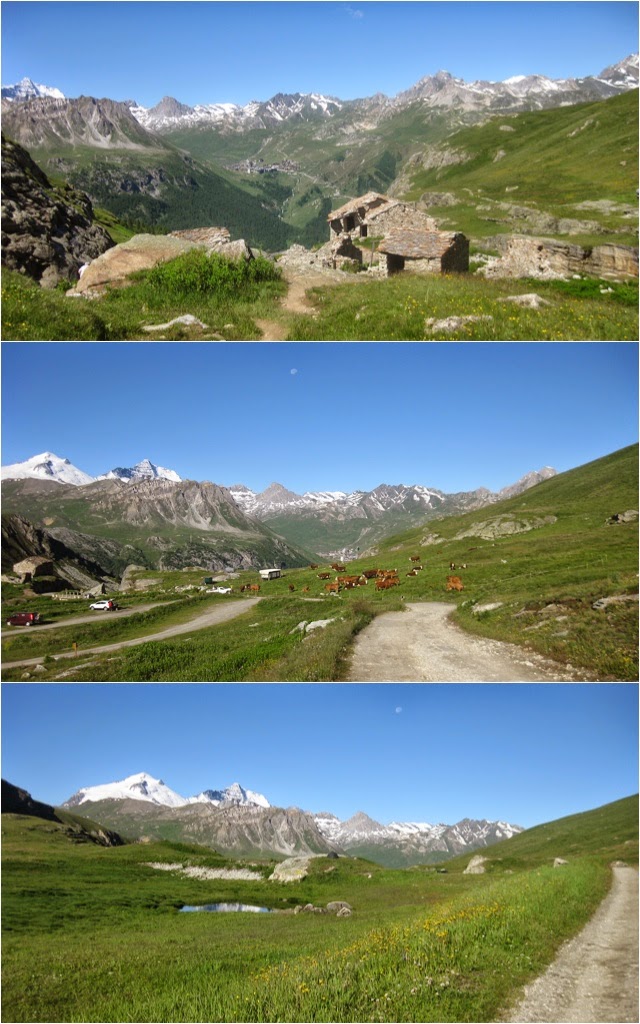 We departed Tignes 1800, the name the tourist board are failing to establish for the new lower part of the town next to the magnificent EDF dam, and added 700 meters of elevation in Iain’s hire car. We arrived for our walk at 8am in the still chilly mountain air. It was a beautiful sunny morning. Here high in the mountains the plants were truly alpine.
A friend of Iain’s had previously expressed surprise the there were reedy peat bogs at such high elevations! There are hundreds of varying niches up there in the mountains and although many plants are ubiquitous, others only thrive in specific locations. Sites not only vary in altitude, there are differences in aspect, exposure, pH, moisture and soil. Some plants grow in pure rock! The melting snow from higher elevations, numerous springs and early Summer rain creates many unique environments. Some plants in well drained scree receive a constant flow of well oxygenated water with very varying nutrients  and pH.  Later in the season for some plants drought will prevail. What glorious diversity.