Why gardeners dig 7: to dig things up 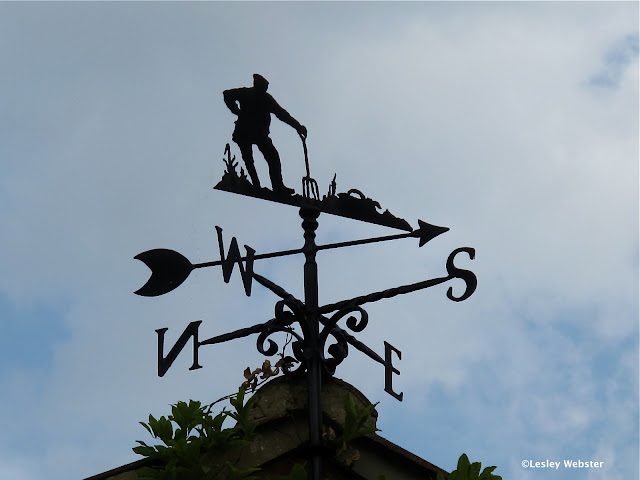 Strictly, digging involves turning over the soil. Readers will recognise by now that I use this term flexibly and as a minimum cultivator use the word to indicate any significant disturbance of the ground, be it with spade, fork or rotavator. Sometimes in this series I write about legitimate reasons for using a spade. On other occasions I write about soil disturbance of which I disapprove or do not choose to use.

Steven’s new garden
Seven years ago Brenda’s son moved into a new house (he has moved several times since!). The builder had spread ‘topsoil’. Unusually, it was good soil, except that great lumps of pure clay were mixed in. We spent a very happy morning bonding as we walked the plot forking out great yellow clods!
Stones
In some respects if you are a none digger it matters little what is buried below, and as to stones, they may do no harm and might be beneficial. Worsbrough cemetery is 50% stone. It must be the worse place in the UK to dig a grave! The only stones I remove are those I want to take home! They are dispersed on the surface by the grave digger and every time I visit, I just help myself!  At Worsbrough there is nearly three acres of naturalised vegetation growing on un-dug soil that is half stone! 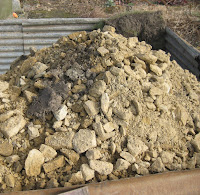 One situation where it is necessary to remove stones  is when making a quality lawn. If left in place in the top ‘spit’ such stones will leave unsightly yellow patches in dry weather.

Tipping
When we moved to Boundary Cottage we did not know the whereabouts of the municipal rubbish dump. We asked the house vendor  “where’s the rubbish dump?”. He answered “at the bottom of the garden!”.  Sure enough, surrounded by scrub, there was a great heap!  Among all manner of rubbish, it contained a well rusted bedstead and a couple of mattresses! We removed what we could and made a rock garden on what was left!.

My friend Iris, recently acquired an overgrow abandoned allotment in Scarcroft, York. She is a none digger like me and I volunteered to spray off the luxuriant weed. Several weeks later, I received an apologetic e-mail. She had had to dig it after all, to remove old carpet, plastic, fly tippings, the lot! But her friend on the next plot, dug up something much more interesting…

...Roman remains and other interesting finds
These are what she found. She was advised by  fellow allotmenteer ‘Bones’ Jones who works for York Archaeology. 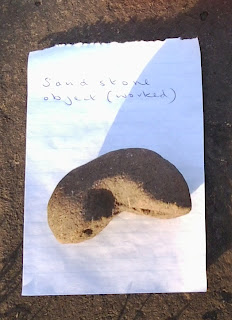 Only yesterday former neighbour and craftsman/artist Mick Needham and his wife Janet called to show us pictures of their new home. Hanging in the hall was a magnificent chain. He had dug up a thirty year-old dog chain that had once restrained two St Bernards! It was Mick who crafted this fine mask which he gave me. 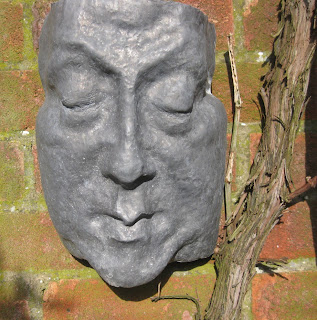 Something toxic down there
Once farm cottages, my house is more than two hundred years old. They did not have bin men then! Old countrymen buried rubbish. When I used to do garden advisory work from Lancashire agricultural college, I would occasionally find a problem of mysterious plant death.There are lots of potential causes, only rarely was it something toxic below. Ten years ago it happened in my own garden! My camellias had made sturdy plants, but then just one patch went into severe decline. More than a meter down there were was an accumulation of plastic bags. Goodness  knows what they must have contained!
Removing dead and unwanted plants
This is an extremely significant topic, but it will have to wait for a future post. Let me just say, that where-ever possible I use secateurs, loppers or saw to cut plants flush to the ground and leave them in place. Why spend my energy and time to do something detrimental to the soil?