Why gardeners dig 8: to shift soil 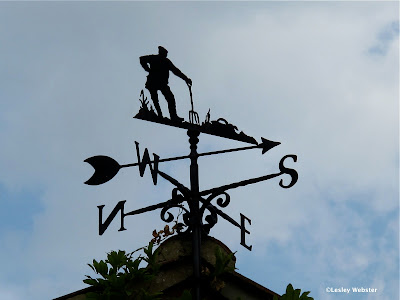 Soil shifting
Although my gardening methods seek to avoid soil disturbance, sometimes force-majeure intervenes and soil has to be moved. Fortunately our UK soils are pretty resilient - they have to be when one considers how many gardeners abuse them! Provided  that transported soil is very quickly growing vegetation it will suffer no harm. Very large stacks of soil left by bulldozers on building sites will deteriorate if left too long. Even so this is far preferable to stripping top soil and - the biggest sin of all - throwing it in a skip! Good topsoil should never be wasted.

When we moved into the overgrown garden at Seaton Ross there was a surprising amount of soil to be moved. There were piles of soil all over the place! Horrible elongated borders had been dug out at the front of the property. Even more horrible narrow rectangles had been cut away from rough grass to make so called shrub and rose gardens. Much of the soil had been dumped over a dwarf wall along the edge of the adjacent farm field.

There was a huge pile of soil alongside an old greenhouse - itself roof-high in nettles. It was standing on top of this five foot heap - I think it represented decades of grass mowings - that Iooking over an overgrown ten foot high privet I first met Harry!

At the bottom of the garden there was a large rubbish dump that contained a hundred years worth of unwanted debris. We subsequently would clear the metal and rubble and cover the rest  with soil to make a raised garden feature.

Somewhere in the past someone had build a huge ‘rockery’ using large broken blocks of concrete. I use the word ‘rockery’ (as opposed to ‘rock garden’ ) as a term of abuse!

There was a lot of soil to be moved! Where my gardening demands unpleasant or arduous tasks I split the job by doing a little each succeeding day. It was to be nine months moving six barrow loads a day before I was done.

I often observe that when gardeners make a new border they strip away the weedy or grassy top soil. Why? Not only do they remove the most fertile soil - even exposing  subsoil - they also create sunken emaciated new borders that fill with wind blown leaves and debris. The best way to make a new border is to mark it out, make vertical slits at the edges, and to spray with glyphosate. Keep all that lovely fibrous soil, good enough to make John Innes compost! Dig dead turf in, if you must, before planting. If you can’t bring yourself to use ‘Roundup’ then just dig it, but you might have later problems with grass or weed roots. Of course stripping away topsoil will not avoid the problem of perennial weed…

Another source of an unexpected problem is when soils of different textures are layered one over another, for example sand over clay or clay over sand. Most gardeners will not have this problem because all their soil is the same. Some gardeners with a heavy clay soil import sandy soil which can bring it’s own disasters if it is not well mixed in. Where there are discontinuities of texture natural drainage patterns are changed and thin layers tend to hold more water back against gravity even when otherwise freely drained. It goes against common sense that heavy soil lying above a drainage layer of sharp sand lies wetter than if lying over drained heavy soil, but it is true.
Very thin layers of compost in a half filled seed-tray behave in the same way -the compost holds too much water and therefore too little air after free drainage.

Thin layers of soil are the problem. Golf course greens are frequently created with deep layers of sandy soil over gravel, that is okay. Similarly building ‘raised beds’ for growing vegetables is also okay if the extra layer of soil is deep enough or does not create a distinct zone of a different texture to the natural soil below.

I was once the prize in a raffle! A so-called garden expert for one hour! The unfortunate winner had purchased some extra garden which was at the edge of an old World-War 2 airfield. The drainage was appalling as a result of distinct layers of surface materials deposited when it had been originally leveled. It goes against the grain for a no dig gardener, but the best advice was to dig it deeply, or horror, of horrors, rotavate to mix the layers together!

So what did I do with all my extra soil?
Well of course I leveled off all those wretched sunken borders. They were destined to disappear anyway. There were also other parts of the site which needed to be raised.

When two years laters later I dug out two huge ponds I had another 400 barrow loads of beautiful sandy soil to dispose of. By this time I had created many large borders which I  was delighted to be able to mulch with the extra soil and thereby raise. Large island orders  are so much better if they have a gentle camber from a shallow edge to a higher flat profile. They look good and in heavy rainfall water does not stand.

And I call myself the no dig gardener….