Is adding crushed rock to your garden as a source of nutrients a complete waste of time......

Adding rock dusts, grits, sands and gravels to your soil is a time-honoured and relevant practice to change the physical nature of your soil. Can any legitimate claim be made that they add appreciable nutrient?

Rock dust is a generic name for fine mineral particles - usually wastes, from quarrying stone. My comments today are not directed at any single product.

There are thousands if not millions of different rocks worldwide. Some - a very few - when crushed very finely, release their nutrients and are used as fertilisers.
Rock phosphate is a classical case. When treated with acid it is used to produce superphosphate. In tropical agriculture crushed rock phosphate is used directly on the soil.
Crushed rock has recently become the darling of organic gardeners. Although completely inorganic  by any sensible measure, it is regarded by organic gardeners as organic and therefore legitimate in an honorary way.
Some soils are formed on a bedrock of limestone or chalk and some of their soil’s sand fraction is calcium carbonate. These soils in practical terms are irreversibly alkaline. When crushed finely chalk or limestone is lime.

Many rocks contain no useful nutrients at all. Most particles in the soil, the silt and the sand component, contain no nutrients whatsoever. Sand and silt particles are merely little pieces of rock!
When the soil’s inherent sand and silt do contain nutrients they are insoluble and are usually no use whatsoever to the gardener. They are locked away as part of the rock’s structure.

It may therefore seem paradoxical that the the main source of soil nutrients came originally from rock and that now they are endlessly recycled. They were released from the rock over periods of geological time.
I never know when talking to gardeners about these things whether to present my units in terms of thousands, hundreds of thousands or even millions of years. My usual mission is to explain to new gardeners that whatever they do to their soil that the sand, silt and clay will remain exactly the same. The particles might clump and stick together but internally they do not change.
Even if the mineral particles are of an igneous rock such as granite, no appreciable nutrients dissolve away.
Clay is slightly different. It is not the parent rock. It is a secondary mineral. The parent rock has changed. In this case I can safely use my unit as millions of years! Clay has internal and external surfaces that temporarily hold nutrients as a result of their negative electro-static charge. It is a wonderful store of available soil nutrients.

Last month I attended a lecture at Peter’s gardening club in Leeds. It was given by Ken Thompson, formidable debunker and myth buster and myths were to be his subject that day. Before the talk a former acquaintance asked me my opinion of this new wonder product that in their previous talk they had been told was about to transform the world of gardening and rejuvenate agricultural yields by correcting an alleged worldwide problem of trace element deficiency. I informed him that I had no experience of rock based fertilisers and trotted out my usual explanations in terms of rock stability over periods of time.
Perhaps we should ask our visiting speaker about it? It always helps to be armed with a question!

No need. It was his myth of the day. If I say he was somewhat scathing it would be a huge understatement. Recent research showed powdered granite to be of no use whatsoever as a nutrient source.
I know that purveyors of dubious concepts such as homeopathy have no need for research, it gets in the way. Same with gardening magic; why let the facts spoil a good story?
(I wonder why homeopathy came to my mind? Perhaps because it is about things vanishingly small).
I later turned to the net to look for any valid research that might support the contention that powdered granite is any use as a fertiliser. Nothing appeared!

It was then that with the unsubstantiated references I found I started to doubt my own sanity. I read hundreds of endorsements for rock dust. Huge crop gains are claimed. People declared that their agricultural and horticultural holdings had been transformed. Growers have achieved huge benefits over the years. Forests flourish with this wondrous material. When trees get a sniff of it you can barely hold back their extension. Deserts are transformed. Pest and disease fades away. It corrects crazy problems such as damage from radiation. It transforms soil wetting and saves on irrigation.
Could botanist Ken, soil scientist and microbiologist Peter and me be wrong yet again?
I am very often! Wouldn't it be wonderful to have egg on our face when gardening is transformed. Watch this space!

Further thoughts
If granite dust is to transform your garden you probably need quite a lot of it. If it contains any nutrient at all it is nowhere near sufficient to legally call it a fertiliser. You will need to buy a very big bag.

There is a Scottish couple who have recreated the soil on their nursery by making a 50/50 mixture of granite grit and municipal compost. I wish them well and for what it is worth, I fully support them. I do believe that good gardeners can transform their soil or even create a new one by suitable inputs and skilled management. I would argue in this case all of the nutrients have come from the compost and that the granite provides a perfect physical contribution to the mixture but adds  zero worthwhile nutrients. 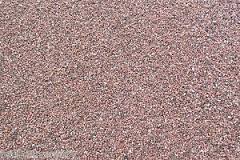 In my days at Askham Bryan we made John Innes Compost. The silver sand component in our area was in short supply and somewhat expensive. We used Shap granite grit instead. It was the kind that grades up to an eight of an inch size. We used it for years and were very satisfied with it. No one ever suggested it might supply nutrients. It doesn't.

My own soil is virtually pure fine sand and contains no clay. If you want to quibble it’s coarse silt. It depends on which classification system you use!  Chemically silt and sand are exactly the same and my soil has formed on a natural alluvial deposit from a former meander of the River Derwent The sand/silt contains zero nutrients. My soil has grown plants for hundreds of years and contains natural organic matter as well as any I have added myself. There may be other bits and pieces such as stones and pure carbon. It is a very excellent soil. Its nutrients are retained as part of the organic matter or held electro statically on the organic surfaces.