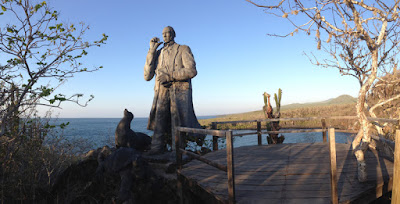 Hybridisation is starting to be accepted as a major contributor to evolution.
The word ‘hybridisation’ is no longer a stigma and less often are hybrids  referred to in whispered euphemisms such as ‘mosaic’ or ‘mixture of modern and archaic features’ or merely ‘unusual event’. Unfortunately ‘rare’ seems to be mandatory in the report of any new finding. 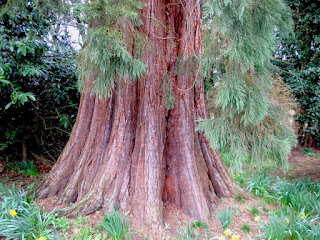 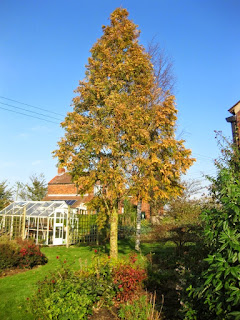 In point of fact it is virtually mainstream botany that half the world’s plants are hybrids.Yes, the world’s plants not just those in your garden. Considering that hybridisation has existed since sex was ‘invented’ I cannot believe that hybridisation  has not contributed to the evolution of all plants in their long history. And all animals too. It is now freely acknowledged that hybridity is significant in the evolution of fishes and birds but there is still a reluctance to agree that it makes much of a contribution in mammals. Despite emerging evidence of our own hybrid origins.

The idea that some scientists now challenge is that evolution of an individual organism is in a straight line from life’s very beginning; instead they consider life’s advance is an evolutionary line of genetic data since the very first ‘replicator’. The difference is that each small genetic move forward that has occurred over evolutionary time as a mutation in one of countless billions of organisms can be shared.

It has long been recognised that mutations within a species are shared by sexual reproduction. New human characteristics such as tolerance to alcohol might have occurred by mutation once or at the most a very few times. Billions of us now, thankfully, carry that ‘gene’.

There are often evolutionary barriers to breeding between species. Fortunately such barriers are often so weak as to be none existent or leak like a colander. Gene transfer between species is essentially the same as within a species.
It is claimed that hybridisation only occurs between very similar species. Ironically the meaning of ‘similar species’ can be defined as those known to breed together!

Hybridisation tends to take place between similar organisms whose natural distributions overlap. This occurs frequently as measured on an evolutionary scale. Even on an everyday basis where huge natural populations overlap fertile hybrids are routinely found. Normally they quickly disappear as they and their offspring are swamped by repeatedly back crossing with the most available parent species. Never-the-less genes have moved over and those that are advantageous will persist by natural selection in a new population.
Not only will genes cross over and multiply in mutually compatible species they can in turn be passed on in a multitude of new lines by further hybridisation ‘events’.


Such movement of genes across species barriers is a well recognised unchallenged phenomenon known as introgression. Really useful new mutations will be passed on in endlessly long chains.
Introgressed genes often go unrecognised and might mutate or take on new functions in emerging genomes; introgression makes no obvious challenge to the still standard dogma of new species developing in straight lines. Even now some evolutionists are blind to introgression’s contribution.

The imprint of hybridisation on life's evolutionary tree


Although hybridity fundamentally challenges the classical  tree-like representation of ‘the progression of evolution’ the broad direction of life’s arrow remains broadly as that usually portrayed.

Ever open to reinterpretation as new knowledge emerges it is now necessary to recognise that life’s tree is not a series of completely straight lines.
The analogy might be better represented as a weaving of an almost infinite number of strands. The trunk and branches and twigs of the tree might remain but imagined filaments within have continually separated and merged. Such an analogy might be extended by showing some of the twigs grafting together.

It would seem that life’s evolutionary tree does not have much of a trunk. It would seem to be more a very straggly series of suckers. I wonder what appropriate plant analogy readers would choose.

Speciation as a result of hybridisation

Very common In plants, evolution of a new species as a result of hybridisation in animals is poorly documented. Indeed ancient hybridisations are overlooked and almost impossible to recognise. (Until recently no-one was looking
and as already explained introgressed genes offer no obvious challenge to standard theory). 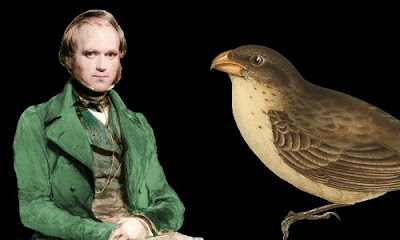 Said to be the inspiration to Darwin’s insights into natural selection in isolated communities it has long been suspected that the emergence of new species of finches involved some degree of hybridisation and examples have been found. Now an example of the process has been observed and closely recorded since 1981.


Reported on the BBC website a resident team of researchers on the Galapagos island of Daphne Major observed a Large Cactus Finch male had arrived from its native island 65 miles away. It successfully mated with a local Ground Finch and and after only one back-cross the distinct and larger new form only mated within its own community. Apparently the local finches fail to recognise it's mating call. The new species has maintained its integrity and now numbers more than thirty. It exploits a new food source where it does not compete with the local population.

It is often a feature of a new hybrid that it lives or dies depending on whether it finds a niche. Unlike ‘regular’ natural selection where an organism by a series of small changes evolves to suit its habitat, a hybrid only survives if it finds a suitable niche. This explains why most recorded successfully stabilised hybridisations are where there has been dramatic rapid changes in habitats - by for example, climate change or human interference.


The golden crowned manakin  popped out of the Amazon jungle in 1957 and was only documented again in 2002. Populations have recently been studied and genetic analysis and comparative anatomy show it to be a hybrid species 180,000 years old. It had been previously thought to be a rare hybrid aberration destined to die or be subsumed by repeated backcrossing.

Researchers associated with Toronto Scarborough University have shown it to be a hybrid between the geographically overlapping Opal Crowned Manakin and the Snowcapped Manakin. The remarkable thing is that although capable of fertile mating with either of the parent species it has maintained its integrity for 180 000 years.

A rather nice outcome is that the researchers say  - and  hopefully not merely surmise, that the result of the original cross has been modified by natural selection over intervening time. If true it is a revealing amalgam of a distinct evolutionary hybrid ‘jump’ to a new genome and subsequent slow change.
The research scientists suggest that such hybridisation might be a more significant force in evolution than previously thought.
The light is slowly dawning 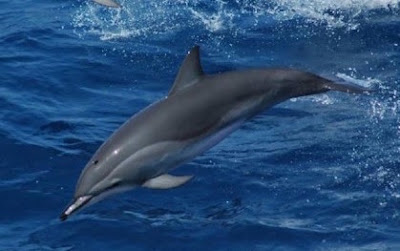 Its origin has long been somewhat of a puzzle, it was thought to be a subspecies of the spinner dolphin. It was recognised as a distinct species in 1981. Recent investigation using molecular analysis show it to be a hybrid between the spinner dolphin and the striped dolphin.

To me the significance of this discovery is that it is reported on the Richard Dawkins Foundation website. My hero has long been at the forefront of genetic research and its promotion. What better evidence is there of an evolution in thinking?

Harry's pictures
Cathi has passed these over to illustrate this post. Too good to miss, all the birds are known to be capable of hybridisation. 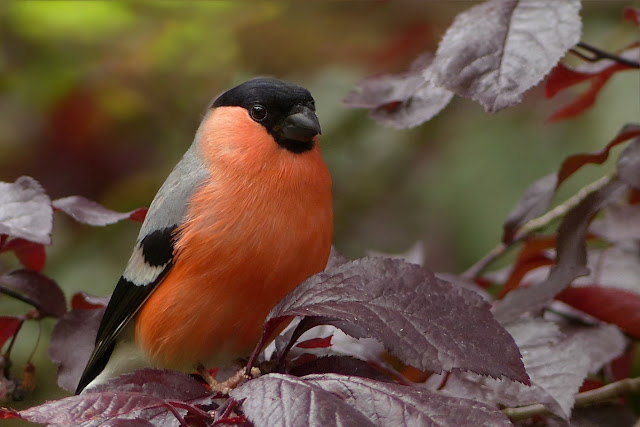 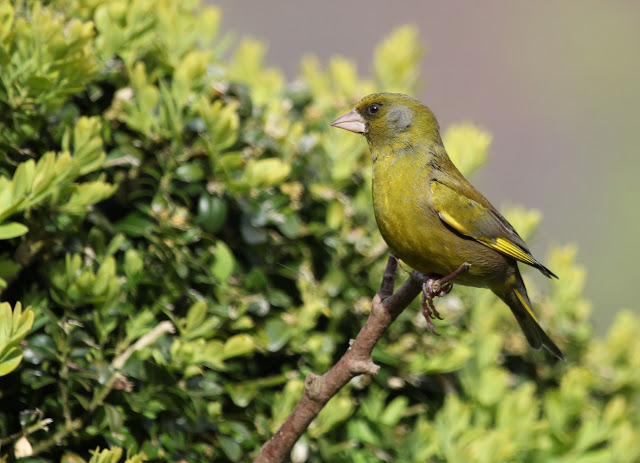 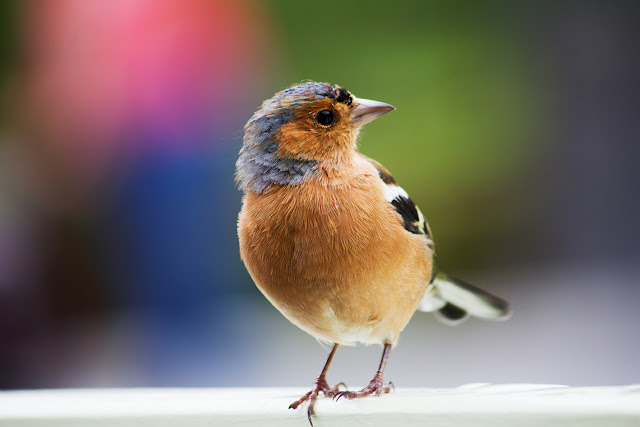