Two (and a bit) edited posts republished from 2013

---------------------------------
1. First half of the season
I am lumping them together, they are all narcissus. Daffodils are the ones with the large trumpets. I love them all, but perhaps daffodils most. They are so popular, that some complain they are over-planted.
I once read that a particular variety, I forget which one, made up the greatest total mass of vegetatively propagated identical genetic material in the world! This might be wrong but there are tons and tons of it around.

Apart from their bold beauty, I adore narcissus because they hold their flowers a long time, there is a huge range of varieties and species, and by planting a sequence of early, intermediate and late varieties you can enjoy flowers for up to five months.

Narcissus are  wonderful for naturalising. Planted in the ground they become stronger each passing year and thrive in a huge range of soils. A man on the television recently said they are intolerant of poor drainage. How wrong can you be. Had he never seen the beautiful drifts of daffodils in Farndale, North Yorkshire.There, they are frequently flooded, and grow right to the water’s edge. I see snowdrops in wet conditions too but never hyacinths and tulips.

Follow my narcissus this year
I am intending, in this blog, to follow my own daffodils as they progress throughout this coming year. Other than those in tubs they are all permanently planted.

In beds and borders
Provided you don’t dig, narcissus can stay in place for years. It is best to plant new bulbs before the end of September - unlike tulips where if necessary, you can wait until Christmas! I try a few new varieties each year.There is an enticing range and they are not all yellow! I plant mine in discrete clumps where they have room to die down in sunshine before being overgrown by summer vegetation.
Be aware that the changing landscape of a garden such as the growth of shrubs and trees may eventually heavily shade bulbs. When this happens either prune the bushes or transplant the bulbs. Do not be afraid to move them ‘in the green’, otherwise you might forget their location! Shaded bulbs ‘go to grass’ and will not flower. But read on, do not throw them away!

In tubs and planters outside.
I make up a few new tubs each year, others I refurbish and some I do not disturb at all. Eventually with the ravages of time, animals and neglect, they subside and any surviving bulbs can be convalesced to permanent planting in the ground.
Because it is sandy, I can use my soil instead of compost in tubs. I prepare soil with slow-release fertilizer, dolomitic limestone (it’s my choice of lime) and very judicious use of NPK compound fertilizer. More cautious gardeners might use John Innes No.2 compost instead. My new bulbs come from Parkers Wholesale and all my Spring bulbs are planted well before the end of September. They remain in my ‘nursery’ alongside my greenhouse, until they burst into growth and are ready to display.
Established tubs are given a top dressing of my Yara Mila compound fertilizer in August and January. Growmore is a suitable but inferior alternative. (I do not use any fertilizers on my bulbs in the ground).
An important cultural note. In tubs in winter it is easy to become complacent with watering. As bulbs become leafy, in dry windy weather, the soil is quickly dehydrated and they then need plenty of water. I have frequently seen bulbs in containers damaged by severe water loss in drying conditions. 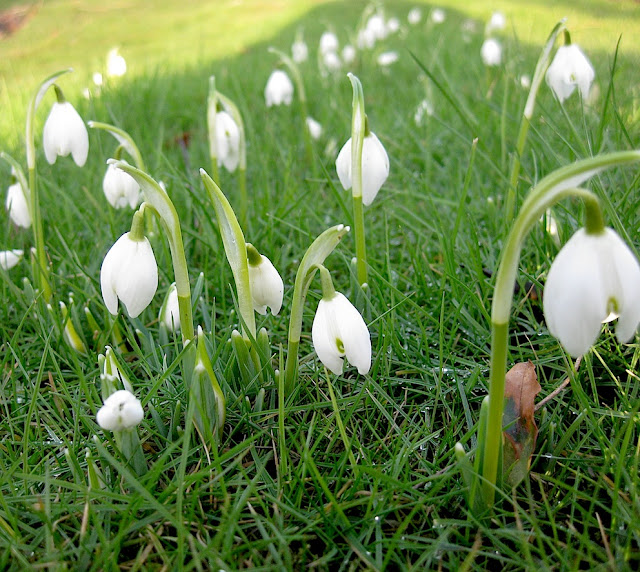 Narcissus (together with crocus and snowdrops) are one of the few bulbs with the constitution to naturalise in grass. It is traditional practice to fling bulbs over the ground to mark a random pattern for planting. I only recommend this if there are swathes of grass you do not intend to mow until the bulbs have died down. In my own case I want to regularly mow between them and just as I do in my borders  plant  my bulbs in random clumps. As to actual planting I use my border spade to lever-up the grass, shove in a handful of bulbs and tread down. Fancy bulb planters are of no use to me. 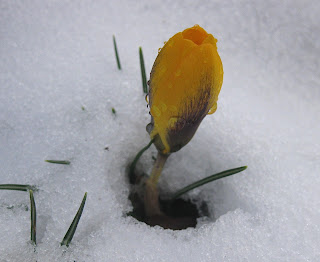 In the wild
My house was originally two farm cottages and is more than two hundred years old. I imagine a householder collected native lenten lilies ‘in the wild’ and planting them in the hedgerow across the farm track, now a busy road! They are still there and set seed. With a little encouragement from me they have made very strong clumps and some (with my help) have migrated across the road to my own grass verge.

In my two cemetery gardens there are many thousands of daffodils, snowdrops and bluebells. Planted on graves going back a hundred and fifty years, the narcissus had all ‘gone to grass’ and did not flower. This was a result of the heavy cover of weed. Nettles, brambles, ground elder, couch, horse radish with roots thicker than you arm, you name a weed, it was there. It took a couple of years of my Roundup sprays to eliminate the weed. It took two to three years of sunshine for the bulbs to return to flower but they all did. With no further attention other than keeping them weed free, they continue to flourish at Bolton Percy after nearly 40 years. What happened at Bolton Percy ‘by accident‘ was repeated at  Worsbrough fifteen years ago, this time with intent. It was a delight to watch the same succession back to flower. 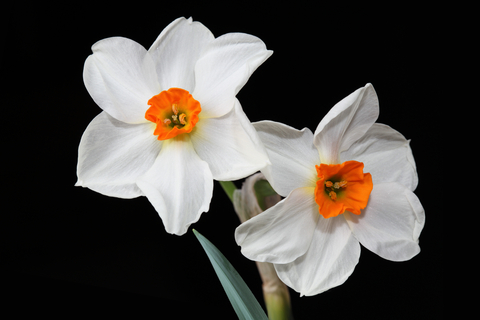 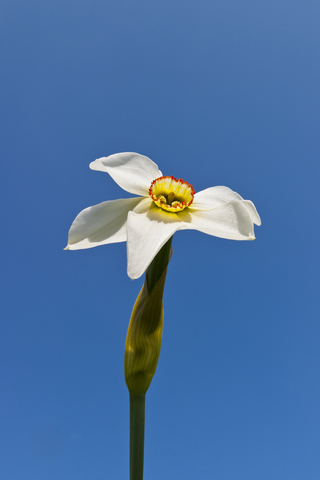 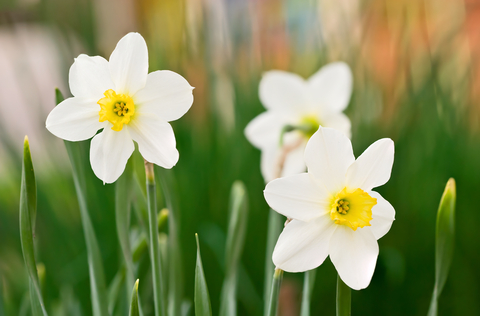 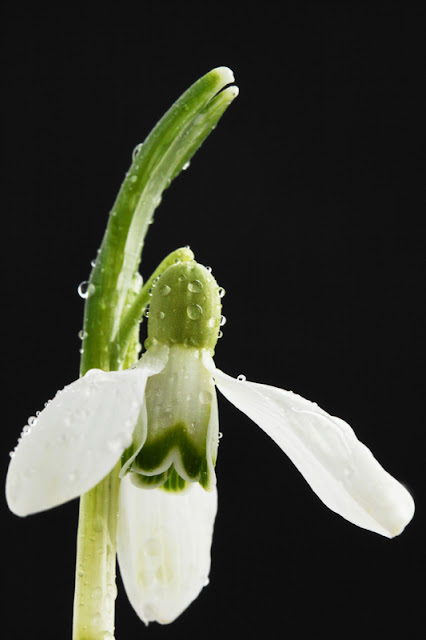 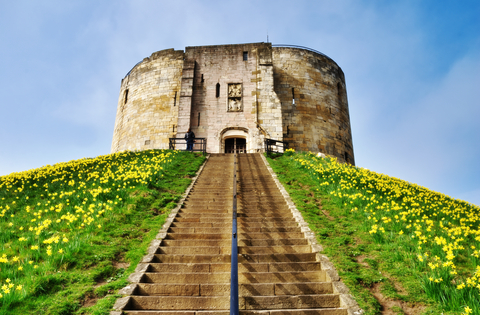 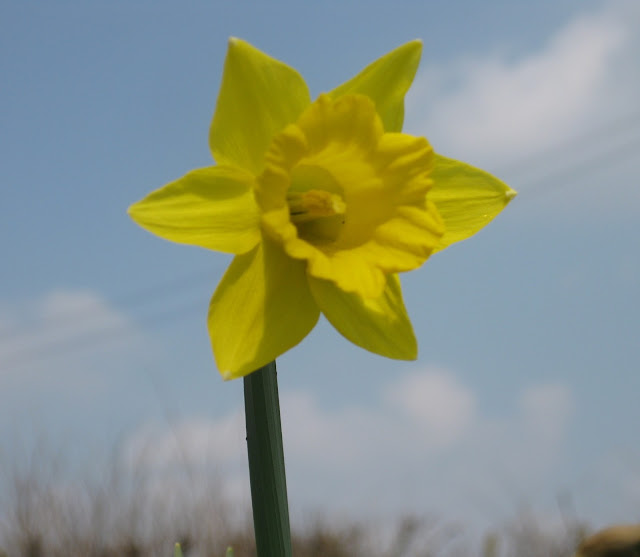 It’s been a good year for daffodils. My earlier post examined the start of my own daffodil season. This post now examines how the season progressed. In particular I want describe how I try to ensure strong daffodil bulbs for next year.

It’s ironic I posted a picture of an early narcissus in mid January when we had a warm spell. Two months of cold dehydrating biting winds that followed held later varieties back. Never have I known standard varieties to be so late but how magnificent when they eventually flowered. My advice to remember to water bulbs in outdoor containers and not let them dry out in dehydrating winds proved particularly sound. The reward for a gardener’s patience was that when flowers eventually appeared in the prevailing cool conditions they lasted a long time.

How to let daffodils die down
Don’t cut them back too soon. Preferably don’t cut them back at all and let them die down naturally. Thousands of daffodils in my cemetery gardens just fade away without any attention whatsoever.
Inexperienced gardeners sometimes do not realise that leaves need to photosynthesis and build up strong bulbs for the next year. After flowering the leaves need to remain green. For bulbs in containers, or those that have been lifted (not recommended) watering is still needed. Don’t let them dry out until they seriously yellow. Give them full natural light. Do not tidy them away behind an old shed!
Some gardeners imagine the leaves just need to die down and translocate their stored reserves to the new bulb. Not true, the leaves need to continue working in the sunshine for as long as possible. It horrifies me how people who have had bulbs in the house (itself a great cruelty) just dump them outside in the cold in a shady corner and wonder why they do not flower again!

Do you know there are still some people around who after flowering tie the tops of their narcissus in knots? Yes really! How ugly, how decadent! Apart from being visually repulsive those poor leaves cannot do their essential work. I sometimes hear protestations to my ire, “but they still flower”. They might, but next year there will be less flowers, they will be weak and insipid and not last very long. Flowers should remain in their pomp for at least three weeks if the bulbs are strong (unless the weather happens to be very warm).
I once had a client, dear Mrs Blunt. Her daffodils really where too tall for her small spaces. Of course I refused to strangulate the green leaves. After my maintenance visit the arthritic the old lady would be down on her knees….
Another acquaintance said he thought tying in knots is what you had to do…..

Also relevant to building up a strong bulb is nutrition. When naturalised in the open ground daffodils normally need no fertilizer at all. In tubs and containers which are inevitably subject to leaching, although feeding will do little to improve flower quality in the current season, it is worthwhile if a sturdy bulb is to be achieved for the next year. I apply a top dressing of fertilizer to my tubs in September when my bulbs are building their root system and again in January when the foliage starts to grow.

None of the thousands of daffodils in my ‘natural gardens’ are dead headed but they still flower well in the next year. At home Brenda cuts off the dead flowers (but not the stalk). It probably helps that energy is not diverted into the seed head. The bulb production industry would seem to take this view with all those otherwise unwanted flowers, profusely displayed at spring bulb festivals. There are many bulbs such as my own native lenten lilies, dwarf tulips, scilla and chinodoxa that set viable seed. Do not dead head them!

Why bulbs ‘go to grass’ and fail to flower.

Apart from the obvious, when men on their ride-on-mower toys cut back too soon to achieve their wretched stripes, there are more subtle reasons why daffodils don’t flower. Usually the reasons involve excessive shade.
If your bulbs have ‘gone to grass’ providing they are healthy and are not infected by an endemic pest or disease, do not throw them away. It might take a year or two but they will  return to flower -  if you let them have the sunshine they crave!

Mowing strategy
As mentioned in my earlier post when I plant daffodils in grass I like to do so in clumps which  can easily be mown around. You will see in some of my pictures, that if you choose, you can mow very tight to the bulbs to allow very little long grass. In other places the tufts of longer grass look rather nice. As the leaves start to fade at the end of the season I tend to mow closer to the bulb. In some cases mowing a clump completely down is a gradual operation over three or four weekly mowings and I do not need to adjust the height of cut of my unboxed rotary mulch-mower. For larger grassy clumps when I make the decision to completely cut down I do raise the height of cut so the engine does not stall! Because I have a wide range of daffodils some early, some late, the whole process is gradual and is spread over several weeks. When long grass is suddenly cut short it will remain yellow for a while. By my open day in mid July in a normal year the last brown scar is just about gone!

Another pet hate
Worse than tying in knots is cutting green leaves half way down. I go to the Worsbrough cemetery and on some graves I see it and despair. 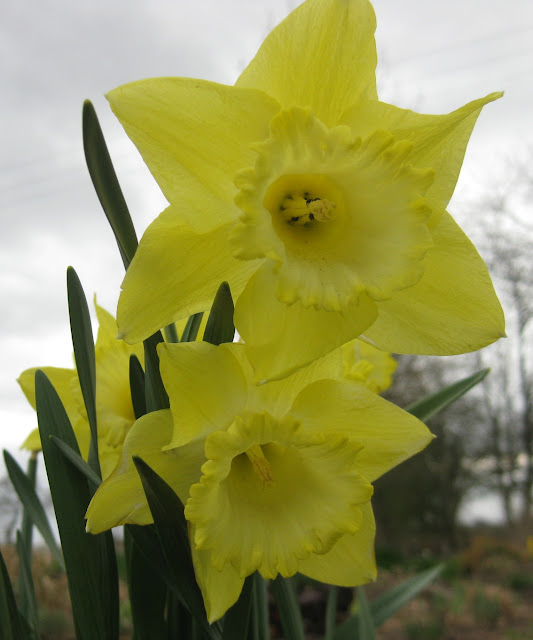