It has been my wont to quote ‘One years seeding - seven years weeding’ in my effort to encourage gardeners into a cycle of virtue where weed control becomes easier as the years pass.

My cosy symbiosis has now been shattered  as I suffer airborne invasions of thistles and epilobium. I have written about epilobiums extensively before but now for me personally there is a new kid on the block, the dreaded  creeping thistle.

Come back to haunt me is the occasion when I wrote about airborne weed seeds blowing into Bolton Percy cemetery from ‘dirty neighbours’. It was in an obscure specialist magazine which unfortunately I showed to one of the newspapers that at that time descended when the churchyard was famous  One quoted me verbatim and a local villager enquired as to who those neighbours were!

I have always been aware of the minor inconvenience of airborne dandelions and its relatives and the need to spot treat them in my lawn at least once a year.
Epilobiums have always been a curse and I wrote recently that more than half my weed control time is taken up by that pretty weed.
Peter W. recently brought to my attention how light weed seeds such as annual meadow grass just blow in from everywhere and  superficially surprising weeds are tree seedlings from such as winged sycamore seeds that cascade down.

As for thistles, they have not been on my horizon and have thought of them as agricultural weeds that invade such places as poorly managed horse paddocks or old abandoned allotments. Not any more!

Although today I complain about two plants with natural flight capabilities, weeds can spread in other ways into our gardens; not least those carried in bird and animal droppings. Indeed many of us have acquired valuable plants such as daphne this way. I suppose in extremis most seed is capable of carriage by strong wind. When you think of it it is perhaps surprising how little some weeds actually spread.
I wonder what happens if you have a massive seed source immediately next door?
Now I know

Why my weed control is becoming harder
I have acquired a massive thistle seed source next door!
The eight acre field that borders two sides to my garden three years ago came under new management. It is now home to pheasants that are raised for shooting. I have now no need for peacocks to decorate my garden - and for that matter rabbits are even more of a nuisance (not sure about the moles).
In the last three years, parts - but not all - of the field have  been ploughed twice and also at the end of the season the coarse vegetation mown to the ground ( a temporary treat). Other than a small area of maize (pheasants love corn) no crop has been sown and weeds are given free reign and some such as fat hen  (chenopodium) are actually encouraged.
It is really interesting the ecology that is developing. There are very few pretty wild flowers but plenty of coarse ones. There is no woody intrusion as the mowing suppresses such plants.
Creeping thistle is having a field day!

To compound the deterioration of my neighbourhood environment former pasture on the other side of my garden for several years now has increasingly been taken over by prolific free seeding epilobiums.

Don’t tell me that our worst weeds are evil aliens, creeping thistle is a european native and is up there (or perhaps down) with the worst of them. Not only does it invade with vigour vegetatively it does so also by seed.
Most nasty vegetative perennials such as couch, ground elder, Japanese knotweed and bindweed set no or very little seed. Creeping thistle is not only equally vegetatively threatening but produces huge masses of seed  which is prolific and windborne.

Once established creeping thistle spreads laterally with great vigour and its speed of travel outpaces all others. It is a long lived perennial, government certified as noxious and subject to statutory regulation (sadly unenforced these days).
A single strong plant has been shown to spread into clean land previously lacking competition up to ten metres a year. A ‘single plant’ is a bit of a contradiction as with such a rate of spread a field might contain contain several huge single clones. The only slightly good news is that half of the plants will be males (which produce prolific pollen but no seed) and some of the copious thistle-down from the females is not always fertile.
Thistle seed germinates at almost any time of year but especially in Spring.

Thistles and me
The problem has crept up on me. Hitherto I have been complacent and although I have for two years now been stopping invading thistles in their tracks  by spraying the edge of the field their thrusting roots and rhizomes are becoming more persistent.
(The owner of the field is a lovely old man - er younger than me - and has no objection to my effort. It’s always best to tackle invading weed ‘the other side of the ‘fence’ - with the owner’s permission)

The seed is a new problem. It is only last season that I have started to notice and find thistles popping up in unusual places. My glyphosate kills it of course in open spaces but plants appear in hidden serendipity places and if I miss one it can initiate it’s vegetative spread
The strength of thistle seeding has increased almost exponentially over the last three years as it has built up its strength in the farm field. Now I watch huge masses of thistledown drift gently over my garden July to September
Epilobium is still my very worst weed  - but I wonder how long?

Control of creeping thistle
Actually in a field a farmer has got a great weapon and so may you in an overgrown paddock. Just let it go rampant up to full flowering before seeding and then mow it. With all it’s energy directed into seeding it is very vulnerable. This will not completely eliminate it but this will get you well started and if repeated each year keep it under a degree of control (I chose my words carefully as I am hedging my bets)

If your thistle is in grass or lawn, standard MCPA or 24D weedkillers are effective after a few repeat treatments. Search my blog for posts about them.
I used MCPA as farm product Agritox in my post about nettles in Cathi’s field. There was also a corner of creeping thistle which I casually zapped with unused spray from my knapsack. It really hit it but as this was just a casual gesture and not repeated it is back now,

When strong intact thistles are sprayed  with glyphosate - perhaps best at 1 in 40 dilution of commercial product - it kills thistles well. Again inexperienced gardeners should search my extensive articles on how to use it.

I await germinated thistles with intrepidation next year.

Sadly my anxiety is as nothing compared to the consequences of this! 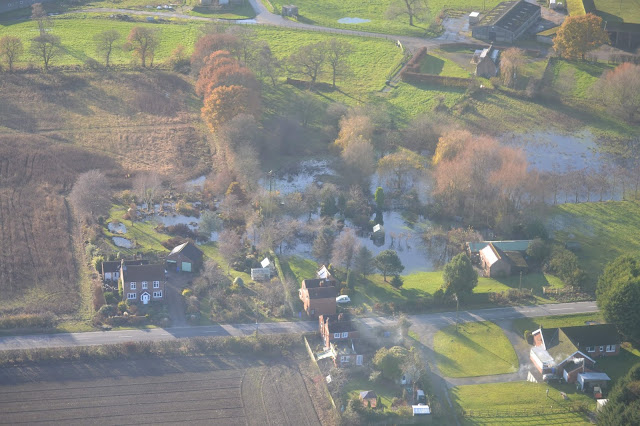 Read about my 'willow herb' problem
I wrote about the nettles in Cathi's sheep paddock
Posted by Roger Brook - No Dig Gardener at 08:49