... and scraping clinker from a Robin Hood  greenhouse boiler on Christmas morning!
Reminiscences at Christmas 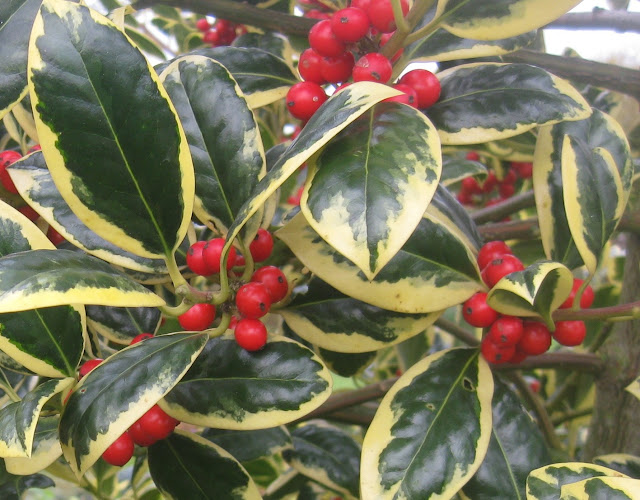 There was a stunned silence when I announced to my teachers at Hartlepool grammar school that I had been accepted at Wye college to attend a degree course in horticulture. Nobody from the school had ever become a gardener. My father, a lecturer in mining engineering, knew nothing about gardening but did know about education. I am ever grateful to my parents, who enabled my childhood passion to become my career. Before college it was necessary to have a year’s practical experience. I was interviewed by Mr Grubb to be a gardener at Hartlepool Parks Department. He accepted me to work at the main parks nursery.

The parks  town nursery
To my horror and embarrassment, the nursery adjoined the grammar school. The school was set in woodland and when, as pupils, you came through the school gates failing to wear your cap and ‘Death’, a senior teacher, saw you as he walked to school...well, what befell was a dark secret.
As a pupil I had never noticed that, on entering the school gates and turning left behind a barrier marked ‘private’, nestled the parks nursery. The nursery’s prime function was to produce the town’s summer and winter bedding and, perhaps more important, to produce prestigious plants for municipal functions.
Mayor-making was the highlight of the year. We produced giant pot grown chrysanthemums. Alec Fox, the foreman, had his little book with the chrysanthemum stopping dates, all different, for a hundred varieties. A particular memory is of the giant 6ft nemesia in 10 inch pots. It was a ‘secret’ technique, they were autumn sown and overwintered. They were from Alec’s own special seed which he lovingly saved each year.

My first day
I was greeted by Alec Fox standing at the glasshouse door. I can see him now - smiling, dressed in a collar and tie and smoking his pipe. He promptly told me to go home and look for another career! There were no jobs for graduates in gardening. I have never regretted failing to take his advice. To be fair, ever after that, he encouraged me and taught me much. I was never quite allowed to pot plants, a year or two of experience was necessary for that. Alec would turn in his grave if he saw how I pot now! Foxy would later reminisce about his ‘private service’ time in the bothy in the late twenties at Alnwick castle. Absolutely fascinating.

Doing the headmaster’s flowers.
Part of the nursery’s ‘public relations’ was to do a flower arrangement in Mr Holden’s grand study first thing every Monday morning. I have to tell you that at that time I was painfully shy. It was to be my first task every Monday to do the flowers. I dreaded it. Headmasters in those days maintained their image with luxurious large offices and big shiny oak uncluttered desks. It was with a sense of relief that I returned to the nursery without seeing a teacher!

Learning about life
You learn a lot when one of  your mates is a newly married ex-dustbin man five years older than yourself! There is plenty time to talk when sitting in a cold, open shed washing clay pots all day. It would be rather risque´ to tell how my education progressed, what I can say is that my new friend taught me much about gardening. In particular, he introduced me to a book by a Japanese rice grower. It was a fascinating account of natural methods of growing, in situ recycling of organic matter and zero cultivation. An obscure, thin paperback, it would influence my life. Recent correspondence on this blog informed  me that it was written by that great Japanese father of natural gardening, Masanobu Fukuoka. His famous book, ‘The one straw revolution’, is recorded as being published in 1976. The mystery to me is that I remember so clearly discussing the book whilst washing pots in 1961! 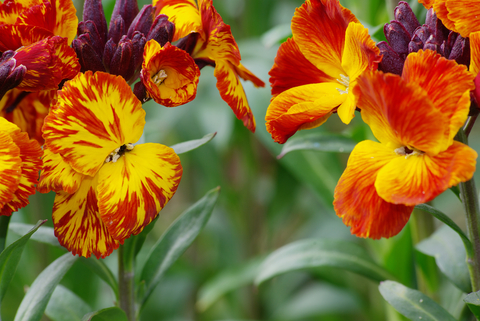 Lots of digging to grow wallflowers
Hartlepool town had wonderful spring bedding, a major component of it was wallflowers. It took more than an acre of ground to grow them and it all had to be dug! It had to be dug deep and look beautiful! Two of us dug all day for six weeks. Ironically, my mate, the one who introduced me to the no-dig guru, was himself a gifted craftsman digger. His work was a wonder to behold -  although perhaps not when the digger next to him was me! It was exhilarating digging on a sunny autumn day. Less so, on a cold, cloudy, wet Christmas Eve. Alec’s instructions were that the plot should be finished by Christmas. We just made it. I well remember thinking that day, as I pushed my twentieth large heavy barrow of steaming fresh manure for two hundred yards, “what am I doing here?”
Parks’ lorries ferried copious amounts of manure to the nursery. It was quite alright to use fresh manure as the ground would remain fallow for the next four months.
At the end of May the wallflowers were sown. We had a hand-pushed seed drill and were compelled to sow in absolutely straight lines. Through the summer, we would regularly push between the rows another curious machine, a wheeled hoe.
In September and early October the lorries would return and the gardener/drivers, Eric and Jim, would lift the mature wallflowers with a garden fork. Woe betide if Alec spotted them just yanking them out!
It is important when wallflowers are bedded out in autumn (to flower in spring), that they are almost fully grown and have a few weeks when the soil is still warm to establish themselves in their new position.
These days I cringe when I see garden centers selling pots of spindly wallflowers in autumn.They are doomed to fail.
Alec used to do weekend and holiday boiler duty himself. That Christmas he was out of town. I don’t know what health and safety would say now, about an unattended, untrained young man doing the boiler!