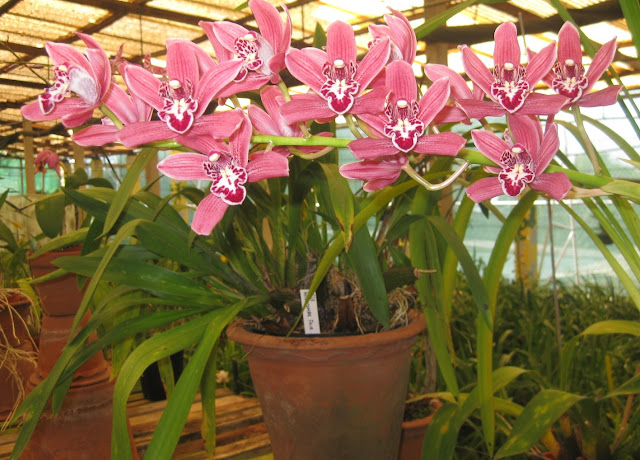 The number 42 bus was due to arrive at an indeterminate time and place! When an enterprising taxi driver offered to take us for the same fare, we said “yes please”. Within ten minutes, via back streets, un-negotiable by bus, we were there at the gate of the orchid farm, perched above Funchal. It had fantastic views of sea and town. Mike, who ‘could talk for England’ about plants was greeted as an old friend by Patrick Garton. I wish I had had the nerve to take a picture of Patrick. Rugged, bearded, handsome, wearing shorts you could imagine him as  the contented owner of a Victorian, Indian, rubber plantation. The orchid nursery consists of  unheated shade-houses which are surprisingly dark. The orchids are planted in bark compost and displayed in terra cotta clay pots.
Thinking of bloggery I asked Patrick if he had a computer. He replied that he did, and that they  had electricity too…. 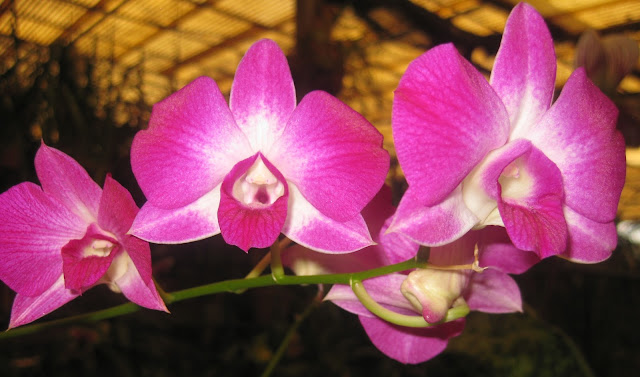 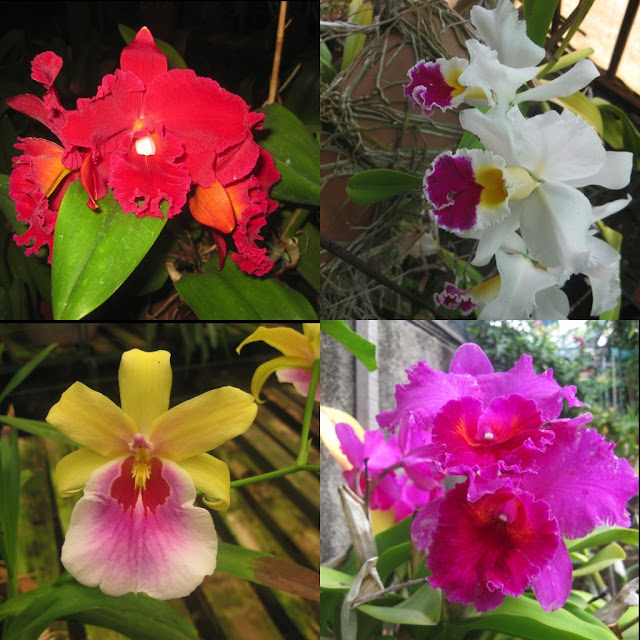 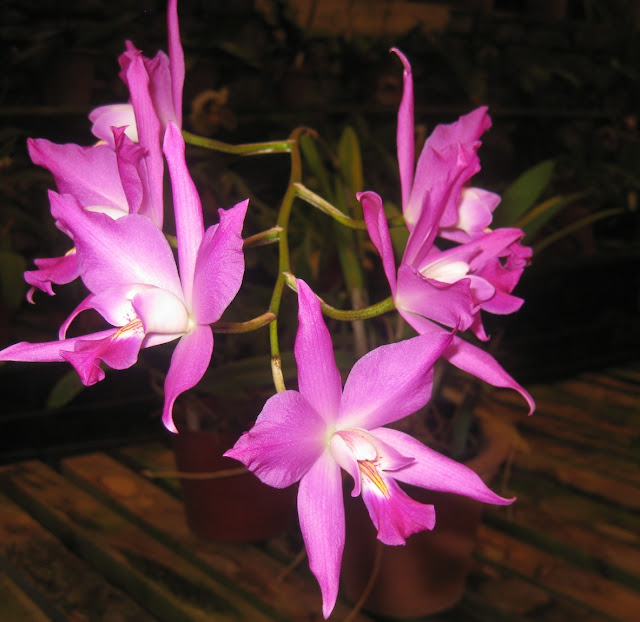 The importance of cold 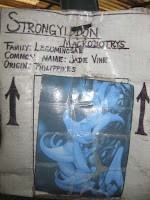 Not all the plants were orchids. Years ago at Askham Bryan College we had a jade vine in the tropical house. It never flowered, until one day the boiler broke down, and the jade vine produced a huge inflorescence. Patrick explained that this plant if given cold frost-free nights, bursts into flower  one month later. 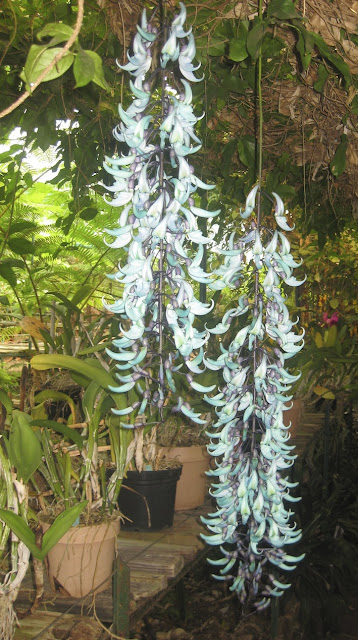 Bromeliads
Many orchids are epiphytes. That means in nature, they might grow perched in the trees. The family bromeliaceae includes many epiphytes.

Tillandsia  usneoides, known as Spanish moss might be described as an extreme epiphyte, it grows without any rooting media at all. Mike tells me that in hot humid countries that this aerophyte is to be found dangling from telegraph wires!

I recently posted on another epiphyte, the christmas cactus.