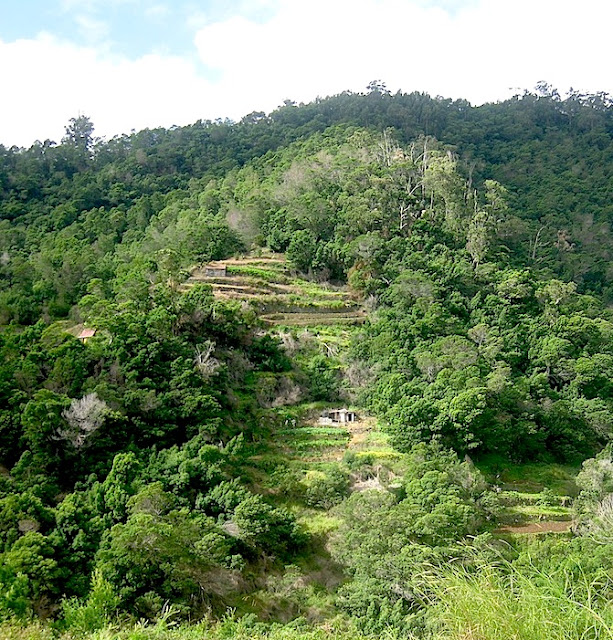 When we walked the mountain slopes of Funchal we were able to inspect terraced vegetable plots. With the reduced economic climate here, many overgrown or abandoned plots are being reclaimed. Some of the terraces are on very precarious slopes!
By no means non-diggers, the local gardeners and growers continuously grow plants, albeit most of them weeds. With the soil so minimally disturbed to sow seeds or plant vegetables, it is seen to be black with organic matter and has naturally-aggregated crumbs.


...Two days later
Today we have been on a bus ride around the island. We have examined the true nature of the vegetable plots and small farms (there is barely any difference between them). Every manner of cultivation technique can be seen, some good, some bad! There is even evidence of ample use of that wretched soil destructor, the rotavator. I think it must have been the wine and the poncha that made me sentimental about the rural idyl described above! What I took as inspired soil management was just a lazy gardener.

In just this last week, there has been greatly increased activity on the vegetable plots here. Sowing and planting is in full swing. The only difference to us at home is that here you can more readily take multiple crops of exotic vegetables, such as sweet potatoes and yams, and grow them all year round. They also have a very interesting water supply… 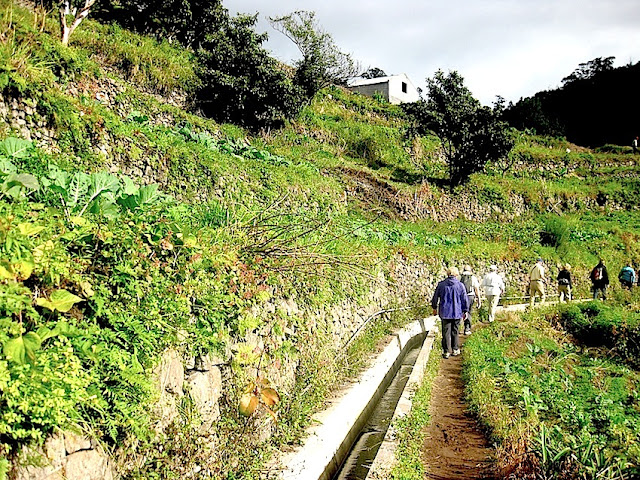 …Levada walks
Almost unique to Madeira, levada canals criss-cross the island to distribute water from the mountains and wetter places. Introduced by the Portuguese in the sixteenth century, the ones used today are concrete channels that cling to the hillsides as they bring water down to ground level. Usually the gradient is small and the paths alongside them have created beautiful walks through the mountain countryside. The island boasts 250 levadas, total length 1350 miles, of which 23 miles tunnel under the mountains. Some run alongside perilous slopes! Apparently the levada-man is a very important figure in local society. You have to be very nice to him to ensure your year-round water supply! A typical ‘deal’ for a larger grower or a hotel, is to take water to their private tank every two weeks for a period of perhaps 15 minutes. I am not sure about small local gardeners, perhaps they just dunk out water in their watering can? (I think not!). 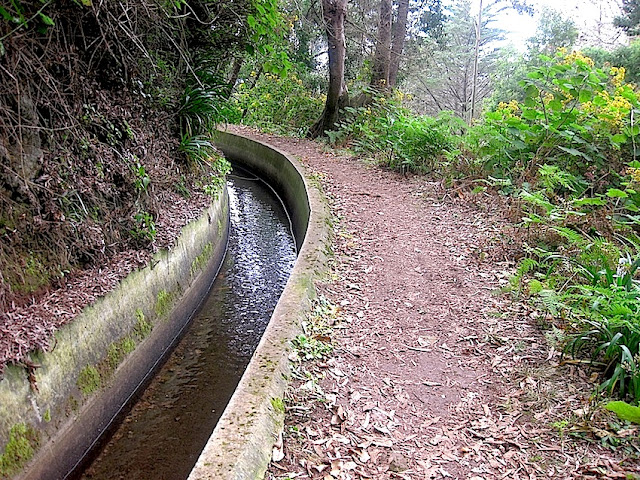 We are home now