I am a quarter millionaire!

Posts remembered
(Includes some blatant self-promotion and a few confessions)

When someone downloads me on the two hundred and fifty thousandth occasion this weekend, they will not get a banner announcing a prize! They might not even notice or much more likely find themselves in the wrong place and leave in despair. I wonder how many people boost my statistics by pressing the wrong button several times?
There is much about Google analysis that I don’t understand. Turning to it several times a day is some kind of affliction! Why  does an obscure post unvisited for weeks suddenly flair up into several ‘hits’ in an hour!  I am immensely grateful anyone calls at all!

Why do I blog? The easy answer is that Cathi bullied me into it. “It will not take long, you will be able to promote your lectures, visiting parties and Open days;
you will remake professional contacts with colleagues and old students;
you will be able to pass on a lifetime’s experience;
you will leave a record of your unique cemetery management and methods of using glyphosate;
you will be able to share what you have learned from your National dicentra collection rather than keep all that information to yourself;
you will be able to tell the world not to dig;
all those gardeners who know you will want to read what you say!
It does not matter that you can barely string a sentence together, never use a camera, your writing is illegible and you are over-opinionated and somewhat verbose. But keep it short"
It has not quite worked out that way!

Nearer the truth was when we were entertaining my former colleague Mike and his wife, Open-day gardener, Isobel, last week. I tentatively enquired whether they visited my blog. They told me about their busy lives and assured me they would look at it soon! I have  been going almost two years!  At least I can make rude comments about my friends - and even Brenda, and know they won’t actually read them.

My only previous attempt at writing was when Katherine Rhodes stopped her bike and talked me into writing a monthly gardening article for the Bolton Percy parish church magazine. It would not matter that I was not one of their flock! I shared my thoughts for the next twenty years! I have to tell you I never had a question, comment or query. I imagined that if half a dozen souls read me and perhaps a dog ate me, I was doing very well! Much to my surprise when doing a local ‘Gardeners Question Time’ back in the village last year someone said “I remember your piece on moss control and the witches brew you made in your bin”.

There must be something about iron sulphate and moss. When I wrote my most read post, hardly anyone read it at all and I was chastised. “How could anyone who loves worms as you say you do, use that stuff”. I had mentioned that to a small extent iron sulphate deterred casting worms. I should have explained that the majority of worm species are completely unaffected and the casting types migrate to my borders. I have subsequently provided plenty of evidence of my high worm population with pictures of mountainous mole-hills in my lawn! I originally tried to be brief and might have sometimes missed out relevant detail. Not anymore!

That post has now been read 20,000 times. An order of magnitude more than any other. There are probably 19,990 of readers who have read nothing else I have writ!  That post showed me how people find information they want and many now know how on an old blog they can still ask questions that will be answered.

Ever since writing the post about moss I have tried to find titles that search engines find! Many of my former titles are not Google friendly. I thought I was clever to come up with ‘My slimy friends’  for a post about slugs. I thought this post was a useful contribution that emphasised how gardeners can use slug pellets safely and I discussed the  important concept that organic litter might be a preferred food to a slug than a hosta. The post has been read several times but not as much as I had hoped. I should have called it ‘Control of slugs’. Cathi suggests I go back and edit some of my titles.

In a similar vein, ‘Down daffy lily’ should be renamed ‘Cutting back daffodils!’

I have run a few continuing themes such as my series about glyphosate. I have sprayed glyphosate over forty years and I have had numerous disasters that others can learn from! I seem to keep repeating the phrase “you will not read enough to be completely competent by reading one post”. I intended my earlier post  ‘Batting for glyphosate’ to make the a case for using “Roundup” in a garden and how I consider, despite popular opinion, that it is soil and wild life friendly. Far greater than those methods of garden management that involve continuously stirring the soil! I feel a more combative post is due, there is a lot of contrary opinion.

I have written numerous posts about the rich wildlife in my gardens and how my plants grow well because of minimum cultivation which is in enabled in part by using glyphosate.

I had not anticipated writing posts about wildlife and had not recognised that Harry next door was the most brilliant wildlife photographer I have known. Harry and Cathi had a fund of knowledge which they freely shared with me and my early posts such as those about the sparrow hawk and the crested newts were popular and gave me a degree of credibility. I personally enjoyed researching ‘Cuckoo love’ and the amazing relationships between this bird and its hosts. I keep reading more about this fascinating bird and recently added an addendum about its parasitic lifestyle ascending to symbiosis.

Cathi continues to share with me her huge resource of Harry’s photographs. I was quite disappointed with the audience to my most recent animal post, my Christmas Day offering, about raising rheas from chicks. Harry’s pictures were absolutely astounding. The post had very few readers, perhaps people have other things to do on 25th of December?
It is now more than a year ago that Harry died. My posts ‘BPTA-2830’, ‘Harry’ and ‘Harry Poole pictures: a picture of Harry Poole’  are all in their different ways my tributes to him. He was the most  enthusiastic driver of the development of my blog and he kicked me from pillar to post when it did not reach his own high standards!  My gratitude remains and is recognised in that his name still appears in the contributor’s column.
I received an interesting comment from a reader about my  post ‘Important botanical principle…..’

Harvey Munroe10 November 2012 00:19
Such a grandiloquent title for an article about cultivars could be a worthy candidate for Private Eye's Pseud's Corner!

I am  now starting to wonder….that interesting name starts Har…. No, I must be wrong in my suspicions, Harry could have never spelled ‘grandiloquent! 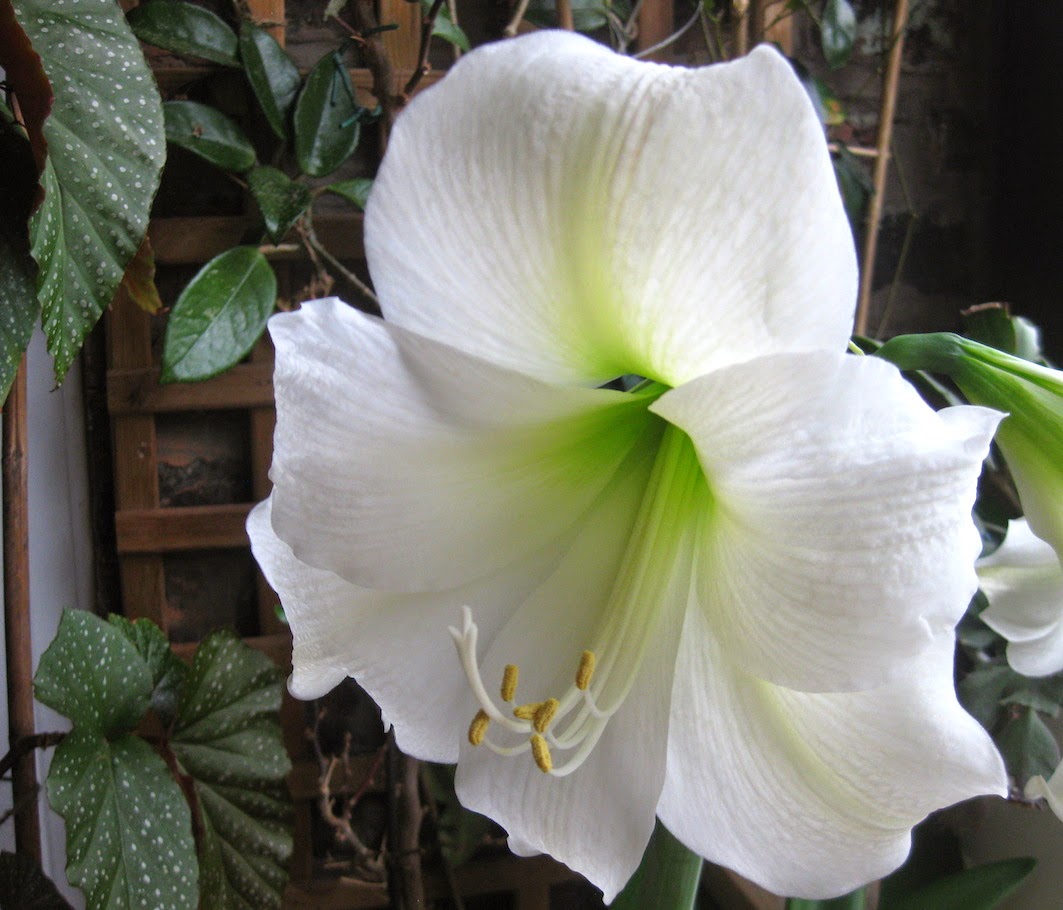 My post about amaryllis lily shot up in its first week to 600 and has never been read since. In contrast no one read the one about corn marigolds which languished on 66 for a year until it suddenly took off and its score is now several thousands! I just can’t figure these things out!

I thought I might re-examine my very short corn marigold post and write a new one. That was before it’s near vertical ascent to stardom. I am pleased that in that new post, I promoted my opinion that none-native garden plants have a great deal to offer British nature if they are planted as I do, at the edge of farm fields!  I considered herbaceous perennials as potential providers for bees in ‘Nectar guide’ and ‘Flight of the bumblebee’. To a small extent  I returned to the theme in ‘Musings from York’.
I am delighted that the recently published four year RHS trial confirmed my opinion that there is a place in the countryside for none native plants. Ironic that the previous day the popular press had been making hysterical comments in response to new legislation about so called alien invaders.

My least read two posts that languish below a hundred, were promotions for two very fine blogs! Anyone who listens to Doctor David Grimes will almost certainly lengthen their life. Anyone reading my son’s Dr. Who blog will shorten it!

Writing a blog gives me a great deal of pleasure. It has made contacts with people from all over the world and I think off many followers as friends. My life changed in two ways in June 2012. I started blogging and we acquired a love bird. Poppy now flies around the house with complete freedom all day and now rules our roost!